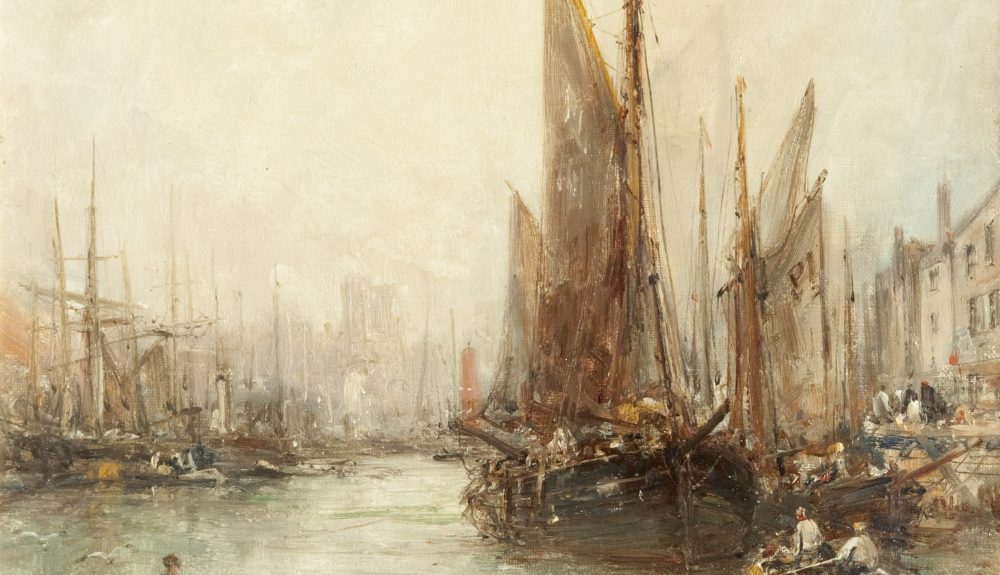 Manx National Heritage, in collaboration with the One World Centre Isle of Man, is pleased to announce the publication of a trail around the historic City of Peel to explore its links to the Transatlantic Slave Trade.  The trail explores Peel’s links with the Island’s slaving past, using artefacts and resources from the Island’s national museum collections and archives, based on a guided walk of the town that links buildings and past residents to what was known as ‘the Guinea trade’.

Manx National Heritage has been working with the One World Centre Isle of Man to acknowledge the part the Isle of Man played in what was the largest forced migration in history, with some 11 million Africans transported to the New World.

“We are delighted to have worked alongside our friends at the One World Centre Isle of Man to address stories of enslaved peoples past and present. The trail is launched 25 March 2022 which is the United Nations International Day of Remembrance of the Victims of Slavery and the Transatlantic Slave Trade”.

Phil Craine, Chair of the One World Centre Isle of Man, added:

“Understanding the significant part the Island played in the transatlantic slave trade – and how events from years ago continue to shape attitudes today – is important. The Trail will be an eye-opener for some and it also gives us an opportunity to reflect that, whilst more hidden from sight than in the past, modern-day slavery continues to impact the lives of millions of people around the world”.

Initially beginning with Portuguese and Spanish traders taking enslaved West and Central African people to the American colonies conquered in the 15th century, British sailors became involved in the transatlantic slave trade in the 16th century, with their involvement increasing in the 18th century when the Treaty of Utrecht gave them the right to sell enslaved people in the Spanish Empire.

British slave traders sailed from ports including Glasgow, Liverpool and Bristol to West Africa. It was there that West Africans were exchanged for trade goods such as brandy and guns.  The terrible conditions on board the ships resulted in the deaths of 2 million people during the journey.

“The Island’s strategic location in the centre of the Irish Sea and its low import duties contributed significantly to the slave trade, helping generate profit for those who sold and exchanged enslaved people.   Through this new walking tour, we hope to offer an insight into the depth of the Island’s links to this terrible trade, including the homes of wealthy merchants and the warehouses once crammed with Guinea Goods”.

Commencing at Weatherglass Corner and concluding on Peel Promenade, the walking tour makes its way along East Quay, which was once bustling with activity including shipbuilding and the making of nets, rope and sails. From East Quay, the tour continues to Crown Street and the former home of Sir George Moore. A prolific letter writer, records show that Moore had ‘Guinea’ contacts in Liverpool and on the Isle of Man.  His house was reputed to be the finest in Peel, with a yard, storehouse and cellars all located nearby and accessible at the quayside. Along with his brother Philip, he was involved in the smuggling of brandy, rum, wine, tea, tobacco and ‘Guinea Goods’.

Further stops include the former residence of Manx slave captain George Cannon, who served as a ‘boy’ on the Rawlinson, sailing out of Liverpool for Jamaica. Ten months later he arrived back in Liverpool with a cargo of rum and sugar before returning to the Island to enrol in 1781 as a scholar of the Peel Mathematical School on Market Street, another stop on the tour.  Its purpose was not to teach maths as we know it today, but to teach the skills needed for navigation: bringing forward a young man intended for the sea, with at least four Mathematical School scholars becoming captains of Liverpool-based Guinea vessels.

Copies of the Peel and the Transatlantic Salve trade tour can be found at the House of Manannan and the Old Bonded Warehouse in Peel or downloaded from www.manxnationalheritage.im.

Peel Harbour, with fishing boats and sailing ships lying alongside, in the foreground are two small boats, one being rowed the other sculled.  William Webb (1790-1856).