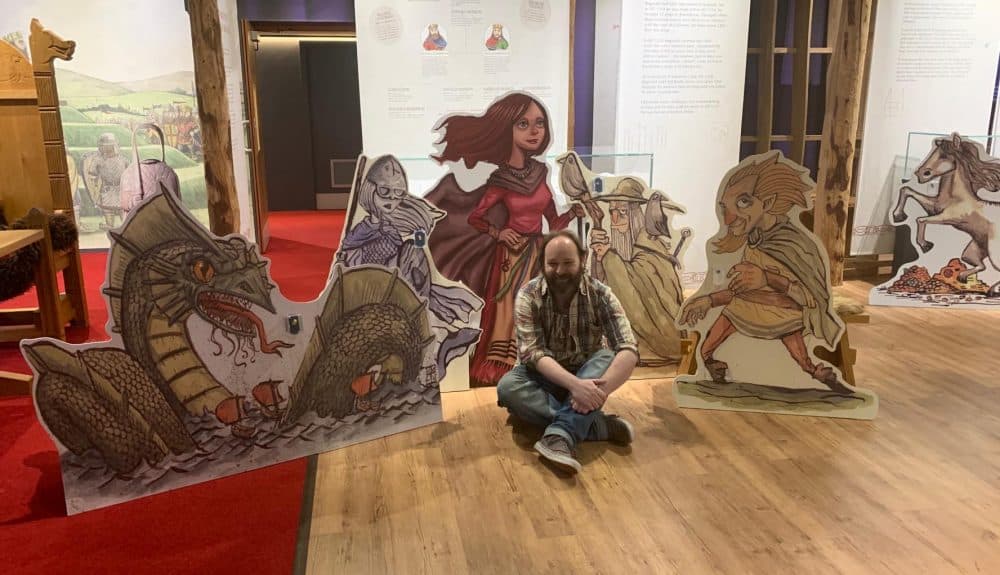 The Pagan Lady’s Quest is a new children’s activity trail from Manx National Heritage which will run over the Christmas Holidays and through to Easter 2020.

The Viking inspired trail invites children to search for the magical beads from the Pagan Lady’s beautiful necklace which have been hidden by Loki the Trickster and his friends from Norse mythology around the Manx Museum, Douglas and the House of Manannan, Peel.

The original Pagan Lady’s necklace has now returned to display at the Manx Museum after it was loaned to the Jorvik Centre in York as part of their exhibition on Viking women.

Loki and the other Viking characters have been wonderfully illustrated by local artist, Juan Moore. Juan says of the characters;
“It’s been really great to bring the Pagan Lady to life through illustration, along with the new characters, especially Fafnir, a dragon with a love of treasure.”
The trail also features illustrations from some of the Manx Crosses, which represent some of the characters from the Quest, including Manx Cross 128 which shows Odin and his raven and can be found in Kirk Andreas Church.

Anthea Young, Education Service Officer for Manx National Heritage said;
“We hope the new trail will engage children and their families with the heritage on their doorstep and inspire them to explore, discover and find out more about the stories behind the Manx Crosses and the Island’s vivid Viking history.”

The Pagan Lady’s Quest costs £1 per trail and can be found at the Manx Museum Shop and House of Manannan welcome desk.