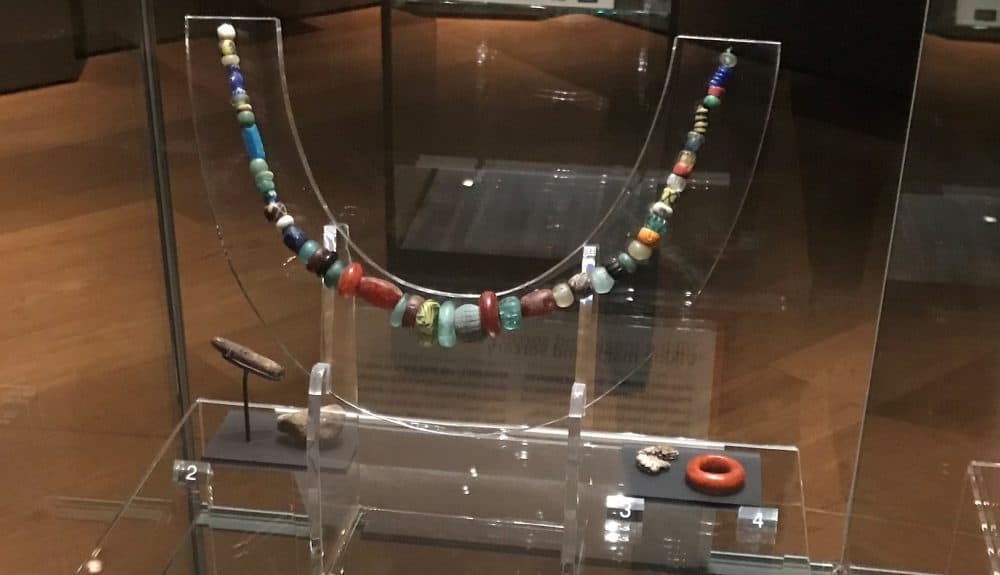 Manx National Heritage is proud to announce a special collaboration with York Archaeological Trust, which will see internationally significant objects from the Isle of Man go on display at JORVIK Viking Centre.

The items to be featured include the Pagan Lady’s necklace, excavated on the Isle of Man from the Pagan Lady’s grave at Peel Castle, which is one of the richest Viking Age female burials outside of Scandinavia.

“Working with other organisations is a vital part of our work in promoting the Isle of Man’s Viking cultural heritage. We are proud to be part of the wider community of heritage sites and museums who promote understanding of the Vikings in Europe and worldwide. The Isle of Man and York are part of the Council of Europe’s Viking Route of Cultural Heritage and our collaboration has grown over several years”.

The burial of the Pagan Lady over a thousand years ago is important because it illustrates the high status of some women in an age traditionally associated with male dominance.  Her pagan burial within an already established Christian cemetery is also significant, indicating a willingness to share a special place.  The necklace has previously featured in the BBC and British Museum Series ‘A History of the World in 100 Objects’.

“The necklace will be displayed alongside other artefacts from the Pagan Lady’s burial including a large amber bead, miniature pestle and mortar and a fossil ammonite charm, which we are delighted to share with our partners at JORVIK”.

The necklace and artefacts from the Isle of Man are on display at JORVIK from now until August 2019.

To coincide with the loan of the necklace and objects from the Isle of Man, representatives from Manx National Heritage will be speaking at a number of events in York including the ‘2019 Viking Festival’, ‘Follow the Vikings Roadshow’ and the final best practice seminar of the Creative Europe project. 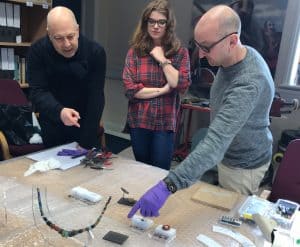 Manx National Heritage is an Isle of Man charitable trust (IOM registered charity no. 603).  We look after some of the Isle of Man’s most special places, spaces and museum collections, making these available to a worldwide audience. Our professional team also advises on developments and changes in our historic environment and natural landscape, helping ensure the Isle of Man remains a special place for people, heritage and nature for generations to come.  By supporting our work, you help us look after the island’s heritage for generations to come.  Find out more, donate today at www.manxnationalheritage.im or email: fundraising@mnh.im