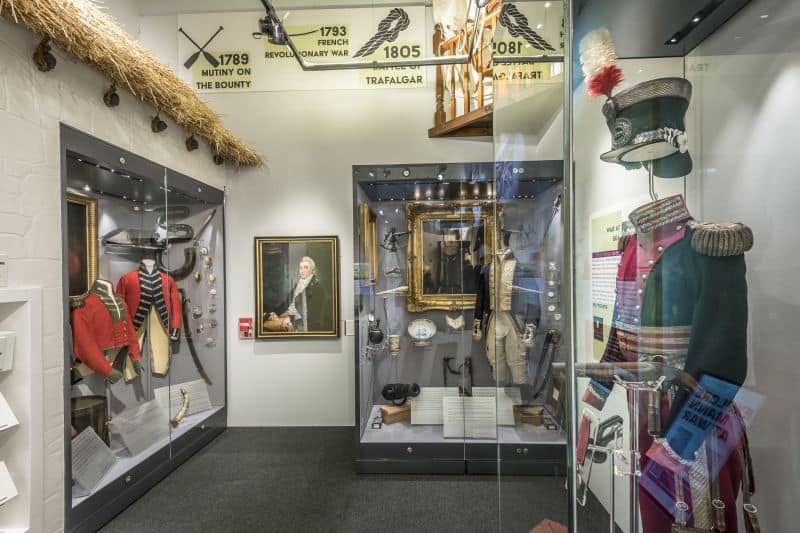 The book, entitled The Isle of Man in the Age of Sail and Musket covers the years 1750 to 1815, has been put together by Curator of Social History Matthew Richardson.

“During the years of research which led up to the opening of the Mann at War gallery (at the Manx Museum), I uncovered so much marvellous information about the lives of Manx men and women during the wars of the Eighteenth Century. Only a certain amount of this found its way into the new gallery, and I wanted to give those people who wanted to find out more about this era a chance to discover this extra detail.”

The book brings together strands of research covering the press gang, Manx involvement in the slave trade, the Mutiny on the Bounty and the Royal Manx Fencibles, which have never previously been covered in this way in a single volume. In addition the book is richly illustrated in full colour, with portraits and paintings from the Manx National Heritage collections as well as images from private collections, archives and museums in the UK, France, the United States and Australia. It also draws heavily on the Bridge House papers, the family archive of George Quayle of Castletown, who famously built the Peggy.

“I hope that the book will give the reader a better picture of how vivid and cosmopolitan life was on the Isle of Man during that time. There were some fascinating characters around in those years – not only George Quayle, who raised his own cavalry regiment, but Captain Quilliam who fought at Trafalgar and a host of other naval battles, William Bligh and Fletcher Christian who sailed on the Bounty, Sir Mark Wilks who fought in India, and Peg Waterloo, a Manx woman who was injured in the last battle of the Napoleonic Wars. I’m enormously grateful to the trustees of Manx National Heritage for supporting me in bringing more than five years of research and study to a wider audience in this way.”

Told largely in the words of the people who were present at the time, the book also seeks to preserve their patterns of speech, and the Manx terms and phrases which were in everyday use. It is available from the Manx Museum Heritage shop and the House of Manannan.