Museum on the Move – Tynwald Hill

Tynwald Hill at St John’s is the traditional, ancient meeting place of the Manx parliamentary assembly, dating back at least 1,000 years!

The four-tiered hill is used in the modern Tynwald Day ceremony. The parliament of the island has its origins in the ‘things‘ of the Viking Age (a ‘thing’, pronounced ‘ting’, is a Viking gathering or assembly) and is a living legacy of the Viking era.

Did you know that the hill itself is an artificial mound with sods of earth from each parish forming each tier? 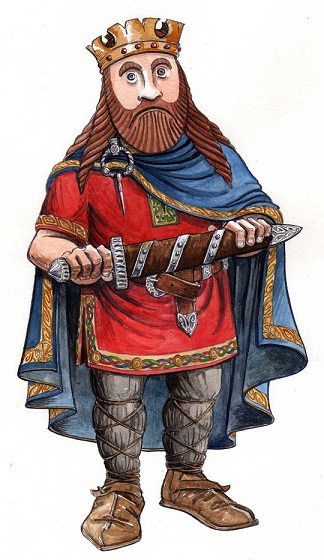 At the annual Tynwald, new laws would have been enacted and disputes settled.  No weapons were allowed in the boundaries of the meeting site.  Swords, spears, axes and knives would have been left outside the fence that marked the area of the court.

The site continues to be active today and in 1979 the Manx people celebrated its millennium as a continuous parliament.

Read about the story of King Reginald and King Olaf from the Chronicles of Man and the Isles to learn what crime was committed at the Tynwald site in the battle between the North and the South of the island.

Investigate the archaeology of the site by visiting the iMuseum links below.

Learn about the importance of these objects from Katie’s visit to see our Museum archaeologist Allison in the Manx Museum in the video link.

Read and colour the Tynwald Story which is illustrated by Manx artist Julia Ashby Smythe. 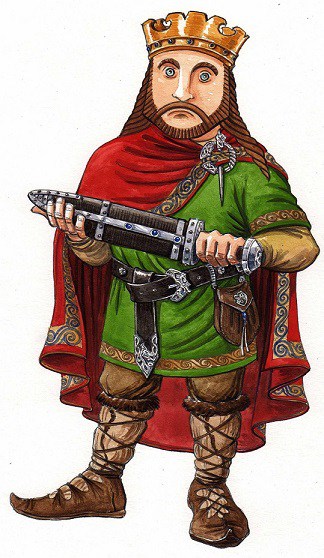