The former home of the Manx Parliament and centre of 19th Century political life on the Isle of Man. Animated portraits of Keys members and a simulated model of Mr Speaker bring the debating chamber to life. The Secretary of the House welcomes you to join in the debates on law setting in this participatory experience.

The Old House of Keys will be open for bookable sittings from April 2022.

The Old House of Keys (Shenn Thie yn Chiare as Feed) in Castletown was once the centre of 19th century political life on the Isle of Man.

The fascinating Old House of Keys building has been restored to its former appearance of 1866 – a milestone in Manx history when the old self-elected House of Keys took its first steps along the road to modern democracy by passing the House of Keys Election Bill and becoming a popularly elected body.

You’ll meet the costumed secretary of this historic building before taking a seat in the finely restored debating chamber where you’ll enjoy an active debate on setting the laws of the Island. During your visit you’ll see how democracy developed in the Island – sometimes years ahead of England – and the effect that political decisions have had and continue to have on the Manx nation. Should motor racing be allowed on open roads? Should women get the vote? You decide!

Please note the Debate may not be suitable for some younger children.

Here are some useful FAQ’s 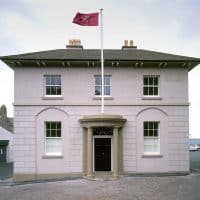 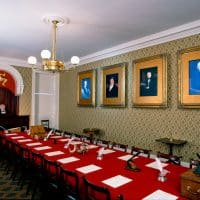