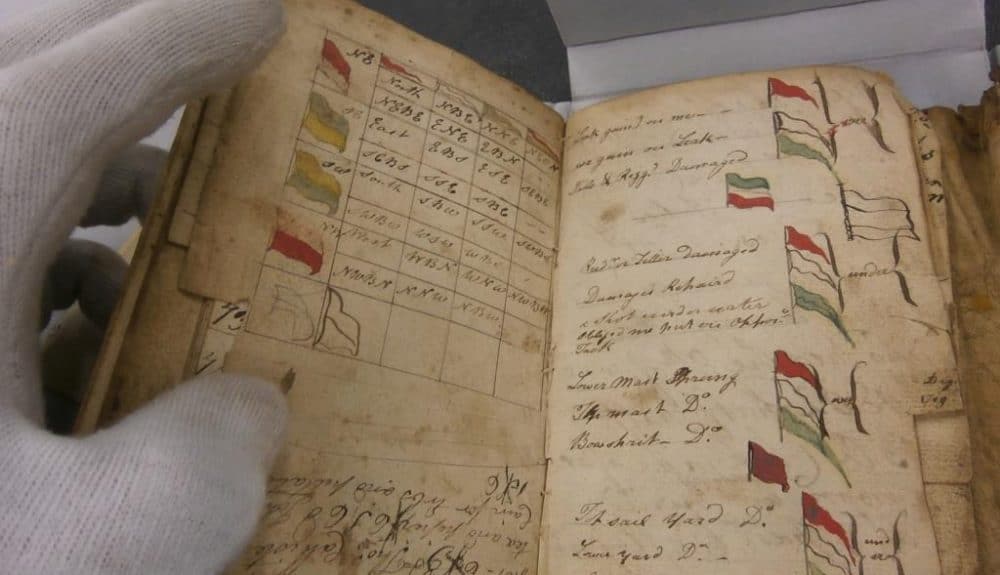 Manx National Heritage has commenced work on the development of a new Military History Gallery at the Manx Museum, which will explore the Isle of Man’s involvement in nearly three centuries of conflict.

The development will see a vibrant new single level gallery dedicated to Military History constructed in the former finance and internment display areas at the Manx Museum.

The new gallery will include material relating to the Manx Fencibles, raised in the 1790s to defend the Island against possible invasion, a rare notebook carried by a sailor in Nelson’s fleet, and artefacts relating to the Isle of Man’s role in the internment of enemy civilians during the two world wars. Perhaps the most poignant artefact on show will be the simple wooden cross which marked a Manx soldier’s battlefield grave, exactly 100 years ago.

In addition to stories, manuscripts and objects including weapons and costumes, the new Military History Gallery will feature three paintings recently conserved with generous support from Isle of Man Steam Packet Company, including the magnificent ‘Surrender of the German Fleet’, painted in 1919. The painting shows the Isle of Man Steam Packet Company vessel, King Orry leading the German High Seas Fleet in to the Firth of Forth.

Rare Napoleonic era uniforms will be displayed including the uniforms of Manx heroes John Quilliam and Caesar Bacon, which have recently been studied by military and textile specialists, giving fresh insights into both Quilliam and Bacon’s military careers.

“The exciting aspect of the new gallery is the fact that when completed it will enable us to show uniforms and other artefacts of international significance, which in some cases, we have not been able to display to visitors for more than 20 years.”

“It is important to remember though that this is more than a gallery about soldiers and battles. It examines the way in which conflict has shaped the Isle of Man from the 1750s to the present day, and which looks at the way Manx people have responded to it, be that as soldiers on a battlefield, civilians on the home front, and even as children. We look at all reactions to conflict, covering those who went willingly to war as well as those who opposed it.”

The new gallery is scheduled to open in autumn 2018 to coincide with the 100th anniversary of the end of the First World War.