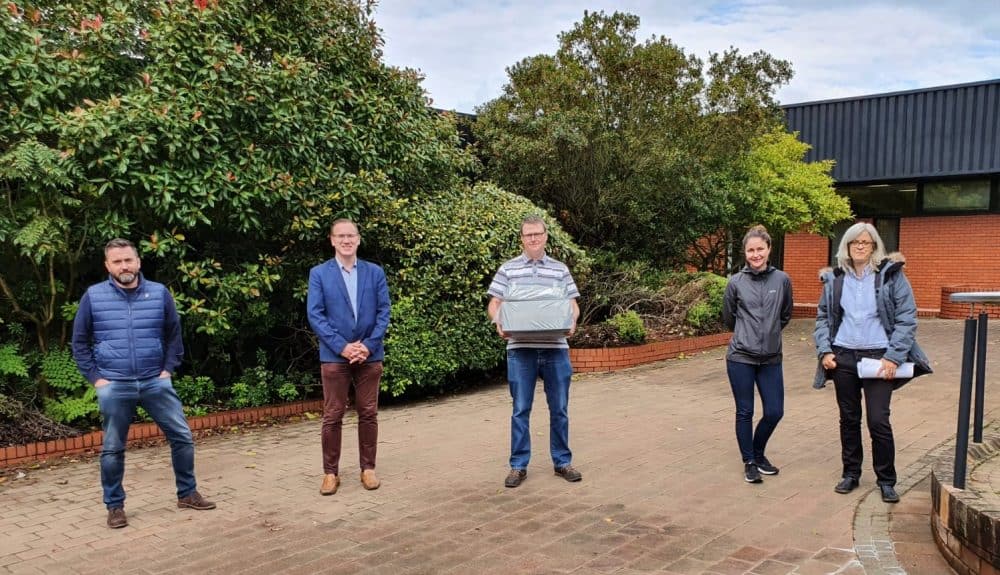 Around 600 sound recordings, carefully selected from Manx National Heritage Library and Archives, are set to be digitised and made available online thanks to the ‘Unlocking Our Sound Heritage’ project, a UK wide project to preserve and provide access to thousands of rare and unique sound recordings.

Funded by the National Lottery Heritage Fund and led by the British Library, Unlocking Our Sound Heritage aims to digitally preserve almost half a million endangered sound recordings from across the UK and Isle of Man, making 100,000 of these available online.

These recordings are at risk because they are held on formats that are physically degrading; the equipment required to play them is no longer produced; and, perhaps the biggest reason, there are fewer engineers around to fix the playback machines.  Professional consensus internationally is that we have approximately 15 years in which to save these collections, before they become unreadable and are effectively lost.

“Recordings cared for by Manx National Heritage Library and Archives were couriered in early October to National Museums Northern Ireland, Belfast, one of ten hubs working across the UK to preserve these unique sound recordings. The digitisation work is taking place at Cultra, the home of National Museums NI sound archive. A remarkable resource, the sound archive on reel-to-reel, vinyl, cassette tape and CD contains voices sure to speak to everyone.  The team here is excited about working with National Museums NI in listening to and cataloguing the content in the coming months.  Digitising means we can continue to protect the original recordings whilst enabling everyone to listen online, or in our reading room at the Manx Museum, the voices – to name but a few – of the last Manx native speakers; recollections of the Second World War; first-hand memories of working in the island’s busy guest houses; and the recorded atmosphere of the last night of Bushy’s Brew Pub, Douglas on 9 January 1998.”

“Between 2018 and 2021, we will digitise 5,000 recordings from our own collection, and from collections of other heritage institutions including Manx National Heritage.  The sound archive forms a vital part of the nations’ collective memory and tells a rich story of the diverse history of the UK.

However, sound items are under threat, both from physical degradation, and as the means of playing them disappear from production. Professional consensus internationally is that time is running out to save many of our sound collections”.

The overall project is increasing awareness and enjoyment of sound today, while safeguarding the UK’s long-term capacity to care for and use audio collections.  It has already preserved over 200,000 rare and at-risk sound recordings.

Partners in the project include a consortium of institutions, led by The British Library.  The 10 partners from across the UK are National Museums NI, Archives + in Manchester, Norfolk Record Office, National Library of Scotland, University of Leicester, The Keep in Brighton, Tyne and Wear Archives and Museums, National Library of Wales, London Metropolitan Archives and Bristol Culture.

Together, these institutions are focusing on preserving recordings, including rural mythologies, regional radio, and stories of underserved communities.

Unlocking Our Sound Heritage is funded by a £9.3 million grant from The National Lottery Heritage Fund, as well as generous funding from charities and individuals, including the Foyle and Garfield Weston Foundations.

Unlocking our Sound Heritage forms part of a core British Library programme Save Our Sounds, which pledges to preserve and represent the nation’s sound heritage. You can read more about the scale of the remaining challenge in our Living Knowledge vision.  Follow project updates at @BLSoundHeritage.