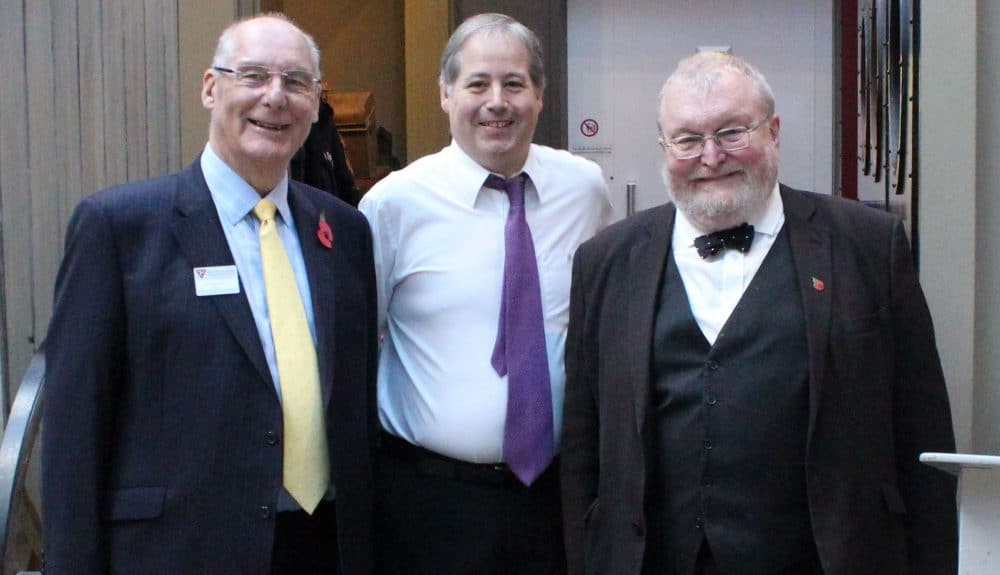 Manx National Heritage is saddened to hear of the passing of Professor Eric Grove earlier this month. One of Britain’s foremost naval historians, Eric’s detailed knowledge spanned every era from the years of sail into the nuclear age.

In 2014 he gave an informed and well received lecture about the role of HMS Ben My Chree (a former Steam Packet vessel) as a sea-plane carrier in the First World War, as part of a series presented by MNH on various aspects of the First World War. He also gave a number of lectures on behalf of the Quilliam group, which won him a loyal fan base, and in 2018 performed the honours in formally opening the Manx Museum’s Mann at War gallery.

Always affable and ever willing to help, he wore his tremendous knowledge lightly, even though he was frequently able to lecture without notes. He, and his trademark bow tie, will be sadly missed by all who knew him.