TOWARDS A NATIONAL COLLECTION – UNPATH’D WATERS: MARINE AND MARITIME COLLECTIONS 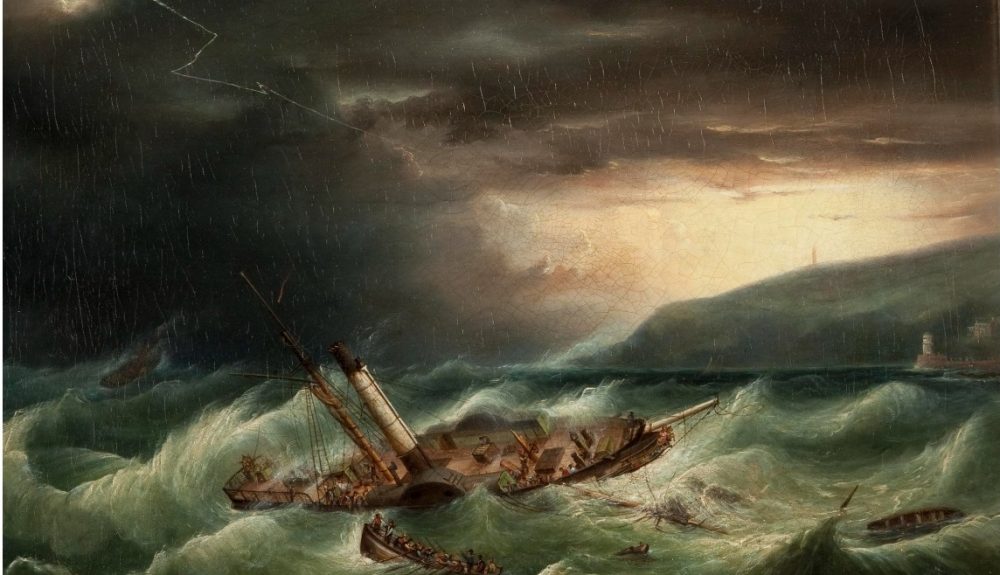 The Isle of Man’s maritime heritage is extraordinarily rich.  Our location in the middle of the Irish Sea links us to the seafaring histories of other nations.  Unpath’d Waters (taken from Shakespeare’s The Winter’s Tale ‘To unpathed waters, undreamed shores’) is one of five ‘Discovery Projects’ funded by the UK Research and Innovation (UKRI)  Arts and Humanities Research Council’s programme, ‘Towards a National Collection’.  The programme will see Manx National Heritage work with Historic England and other UK partners to reveal new stories about our maritime past, underwater landscapes, wrecks and artefacts and open them to the world.

The 3-year project, which will involve a team at Manx National Heritage and other maritime researchers of the Island, will, for the first time, link Manx maritime heritage with that of England, Scotland, Northern Ireland and Wales, dissolving barriers between the different collections of museums, archives, libraries and galleries.

The overarching innovation and ambition of the ‘Towards a National Collection’ programme is to extend and diversify researcher and public access to world-renowned collections beyond the physical boundaries of their location.

The programme is funded through an £18.9 million investment by UKRI’s Strategic Priorities Fund and is delivered by the Arts and Humanities Research Council (AHRC). The programme Directorate is based at the Independent Research Organisation, Historic Environment Scotland.

Shipwrecks around the British Isles date from the Bronze Age to the World Wars, bearing testimony to Britain as an island nation, and a destination for trade and migration. Aircraft losses, inundated monuments, ports and seaside resorts all tell personal stories of struggles and successes. Before the Bronze Age, a great deal of what is now the North Sea floor was forest, hill and plains, peopled by prehistoric communities.

“The Isle of Man has an extraordinary contribution to make to this unique project from underwater archaeology around the Island, to maps, documents and historical resources.  To provide just two examples, in May 1915 the luxury cruise liner Lusitania, which was launched by Cunard in 1906 and was holder of the Blue Riband, sank in just 18 minutes after she was torpedoed by a German U-boat, causing the deaths of 1,198 passengers and crew. The first vessel to the scene was a small Manx fishing boat from Peel, the PL11 Wanderer. This little boat picked up numerous survivors and took two lifeboats in tow.  And almost 200 hundred years ago, in 1822, HMS Racehorse sank off Langness, with the loss of six crew and three local rescuers, events that would set in train the foundation of the RNLI by Manx resident Sir William Hillary in 1824.

These remarkable stories and many others will become globally accessible, with the project ultimately providing millions of research resources and helping the World piece together connected stories, archive materials and heritage assets.  Information gathered about the Isle of Man will also be added to the Isle of Man Historic Environment Record.”

“As an island nation, our maritime heritage is of fundamental importance to who we are. I am delighted to be leading one of the five Discovery Projects known as Unpath’d Waters. It will transform the way in which researchers and the public can access the huge variety of maritime collections held in museums, universities, heritage institutions, commercial organisations and indeed by the public. The project will bring together expertise in digital humanities, computer science and marine heritage and will unleash the massive research potential of our shared maritime past.”

The UNPATH project will cover 23,000 years of history, represented by collections of charts, documents, images, film, oral histories, sonar surveys, seismic data, bathymetry (measurements of the depth of water in oceans, rivers, or lakes), archaeological investigations, artefacts, objects and artworks. These collections are often dispersed, unconnected and inaccessible. This matters because the story of our seas is of huge interest to the public, and because our exploitation of our seas for food, leisure, trade and energy is intensifying. If we are to reveal new stories and manage our past effectively and in sustainable ways, we need to join up these collections and unlock their potential.

“The project will reshape the future of access to marine heritage, making records accessible for the first time across all the home Nations and opening them to the world. It will devise new ways of searching across collections, visualising underwater landscapes, and identifying wrecks and artefacts from them. UNPATH will also deliver tools to protect our most significant heritage, while inviting the public to co-design ways of exploring the archives in order to uncover previously untold stories and new questions to guide future research”.

Image caption: The Wreck of the St George, 1830

This dramatic painting, in oil on canvas, shows the scene in Douglas Bay in the early morning of 20 November 1830. The Royal Mail Packet Steamer ‘St George’, commanded by Lieutenant Tudor RN was caught in a violent storm and was totally wrecked on St Mary’s Isle (Conister Rock). All twenty people on board were rescued, despite the extreme danger, by Sir William Hillary, accompanied by Lieutenant R. Robinson RN, W.Corlett Esq., Hillary’s veteran Coxwain Isaac Vondy, and fourteen volunteer boatmen.  The incident, along with others like it, led to Hillary petitioning for the construction of a shelter on St Mary’s Isle, which became known as the Tower of Refuge.

The Isle of Man has its own legislation relating to underwater sites.  Under the Wreck and Salvage (Ships and Aircraft Act 1979) any finds of wreck from Manx waters must be reported to the Receiver of Wreck for the Isle of Man. Email: harbours@gov.im

The Isle of Man Historic Environment Record may be viewed at https://isleofmanher.im/