“Story from Stone – The Strangers of Ballure Chapel” 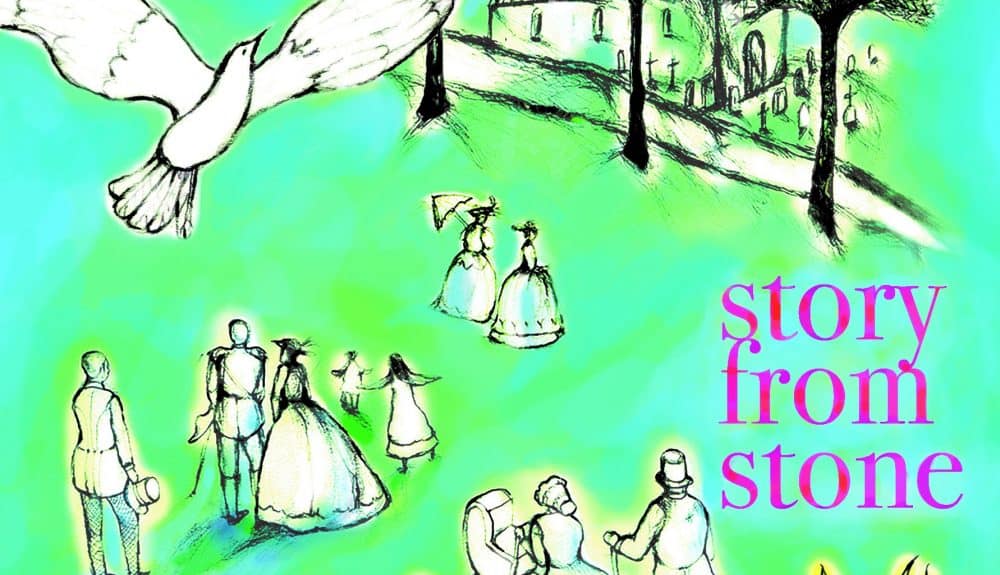 Manx National Heritage is pleased to announce the opening of its latest exhibition ‘Story from Stone – The Strangers of Ballure Chapel’ at the Manx Museum on Saturday 13 February.

In a secluded little spot beneath the slopes of Lhergy Frissell, is Ramsey’s ‘graveyard for strangers’ in the grounds of Ballure Chapel on the outskirts of Ramsey – the final resting place of over one thousand people. The chapel itself is now a private home but has been a religiously-significant site for more than 1,000 years. From the 18th century it became known as the ‘graveyard for strangers’, being predominantly used as burial place for people without Island connections or for unknown and unclaimed people.

The new exhibition at the Manx Museum focuses on the story of eleven of those strangers, brought vividly to life by Ramsey illustrator, Jo Davies.

The exhibition is based on the book Story from Stone by Kim Kneen and Vicky Lloyd-West which blends historical fact and creative fiction with original illustrations. The authors used their research to write imaginative stories based on the known lives of people who came to the Isle of Man from all over the world – Canada, Russia, India, Australia, as well as many parts of Great Britain.

Illustrator Jo Davies has drawn on the real and imagined lives of forty strangers featured in the book to create a series of illustrations. The thought provoking designs suggest each stranger without depicting them literally and incorporate motifs, themes and icons relevant to each of their stories.

Kim Kneen from the team behind Story from Stone added:

“We are really grateful to the Isle of Man Arts Council for funding the eleven life-sized silhouettes – which include a three year old boy, a slave ship captain, and a young bride; and we are absolutely delighted that Manx National Heritage have enabled us to exhibit the silhouettes and their stories at the Manx Museum.”

The exhibition will run from Saturday 13 February to Sunday 14 March 2021.

The accompanying book Story from Stone by Ramsey authors Kim Kneen and Vicky Lloyd West was published with support from Culture Vannin and is available from the Manx Museum shop, The Snug and local bookshops.

“Story from Stone is the latest exhibition in our You Exhibit programme, through which MNH co-creates exhibitions and displays in partnership with individuals and community groups.  To coincide with the exhibition, we will be hosting creative writing workshops for Key Stage 2 students within our school workshop programme.  The workshops will include story telling from the authors; opportunities for creative engagement with the artworks; and using participatory theatre as a stimulus for creative writing”.

To find out more, visit www.manxnationalheritage.im.

Associated reading: Story from Stone – a book inspired by Ballure Chapel in Ramsey and its ‘graveyard for strangers’. Many of the people buried there were not Manx-born but came to the Island from all over the world. Priced £14.99.  Available at https://manxnationalheritage.im/shop/product/story-from-stone/ .