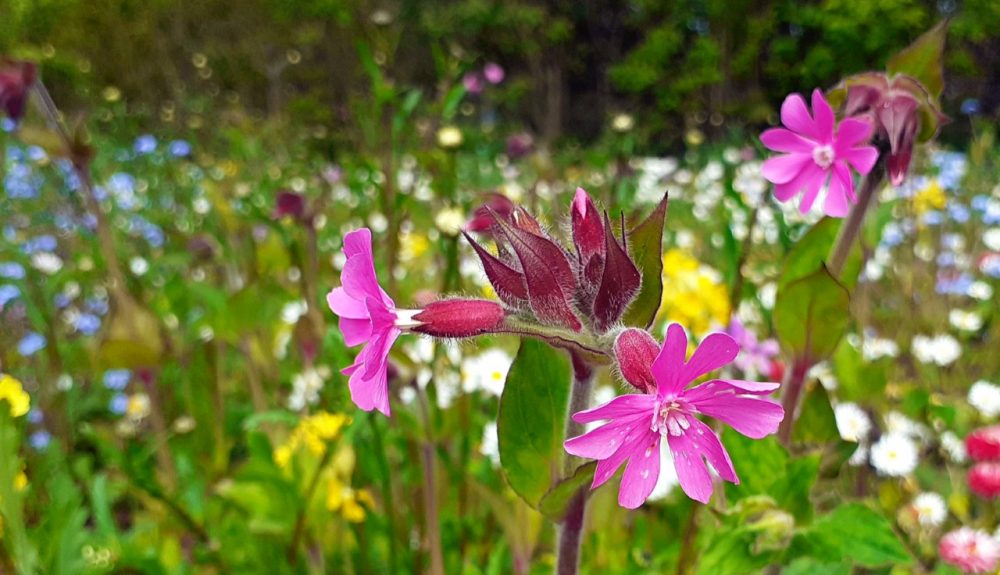 Manx National Heritage (MNH), the charity responsible for the care and promotion of the Isle of Man’s natural and cultural heritage, is pleased to announce the completion of work on a new planting scheme within the Speaker’s Garden in Castletown.

Low maintenance ‘naturalistic’ planting has been incorporated, with meadow flower turf laid in the spring, providing a long season of interest from early summer until mid-autumn and a wonderful view when entering the garden from Castletown Square.

“Originally, the area we now know as the Speaker’s Garden formed the castle moat, which is believed to have been dug between AD 1360 – 1380, at the same time as the curtain wall was being built.   By the mid-1500s, the moat had been filled in as it was no longer necessary for the defence of the castle, and by the mid-1600s had become a garden area.  Stables and other military structures were built there from the late 1700s, but all of these buildings were removed and the area became a garden again in the early 1900s.

It is anticipated the new planting will serve as an education point encouraging visitors and our community to create sustainable low-input, high-impact pollinator friendly planting at home.

“We have used  perennial, pollinator friendly species that will provide an important food source for a wide range of insect species. Woodland edge species have also been planted throughout the more shady existing planting beds that follows the path towards the harbour”.

The garden includes new benches designed by Philip and handmade by Douglas based ‘Ironworks’ using stainless steel and sustainable hardwood.  Both the garden improvements and benches were kindly funded by the Friends of Manx National Heritage.  The work was undertaken with assistance of the MNH Sites and Monuments Team, volunteers, staff from Riela Yachts and the Isle of Man Community Service team.

“We extend our thanks to all those who assisted and look forward to both local residents and visitors enjoying the garden, which opens this week, with the planting scheme anticipated to bloom from June onwards”. 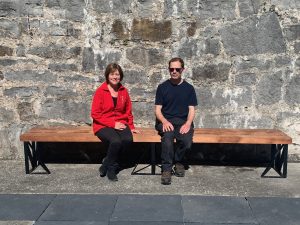