SELF – The Ruth Borchard Collection 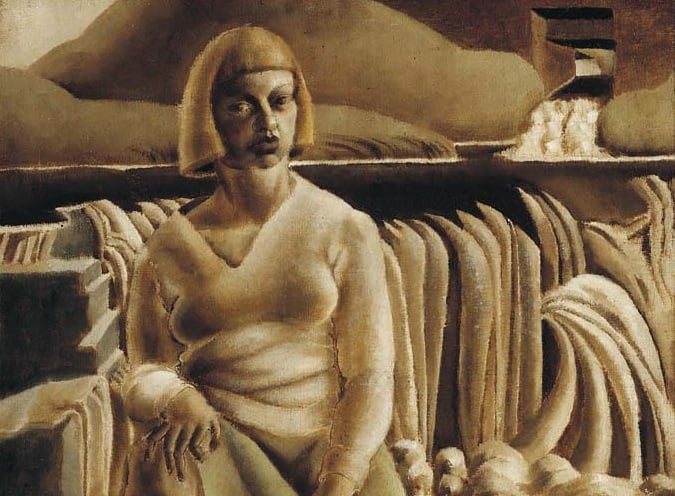 This autumn, Manx National Heritage will present The Ruth Borchard Collection in a striking and thought provoking exhibition featuring over one hundred self-portraits of leading 20th Century British and Irish artists.

Opening on 17 October 2020 at the House of Manannan, the exhibition will feature work by leading modern artists including Michael Ayrton, Cecil Collins, Roger Hilton, Ithell Colquhoun and Carel Weight.

The Ruth Borchard Collection was the life-long project of the author and patron of the arts Ruth Borchard (1910 – 2000). Born in a fishing village near Hamburg, Ruth and her husband Kurt Borchard fled Germany as Jewish refugees in 1938, eventually settling in Reigate, Surrey after being interned at Rushen Camp during the Second World War.

Ruth Borchard was a lover of the arts and a prolific writer.  After the war, her artistic interests turned towards works with a sense of introspection, and in the 1950s she began to collect self-portraits of artists.  Between 1958 and 1971, she collected one hundred self-portraits by British and British-based artists, which will be shown in this comprehensive exhibition.

Inspired by personal works of literature such as diaries, autobiographies and letters, Borchard was struck with the idea to collect introspective art in the form of self-portraits. Setting herself the modest budget of 21 guineas per artwork, equivalent to approximately £400 in today’s money, collecting existing works and commissioning new pieces soon became a passion.

Visiting avant-garde London galleries and student art exhibitions throughout the 1950s and 1960s, her collection of modern art grew to include watercolours, gouache, oil paintings, lithographic prints, sketches, and one sculpted relief, by both established and up-and-coming artists.

Borchard herself once wrote: ‘one of the greatest satisfactions of my collection: about one in three of the self-portraits were done because of my request. They would not exist but for that. It makes me feel creative at one remove.’

The exhibition brings together the entirety of Borchard’s Original collection, with styles varying from detailed, literal likenesses, to abstract, symbolic depictions of the artists, drawing the viewer to consider the artists in an extremely personal way.

SELF – The Ruth Borchard Collection is open at the House of Manannan from Saturday 17 October to Sunday 14 March 2021 and is presented in partnership with Piano Nobile, who manage the collection.

Image caption: Ithell Colquhoun self-portrait: painted around 1929, when she was a student at the Slade School of Fine Art. The palette inclines to a certain green-tinged, muddy hue characteristic of much early twentieth-century British art.