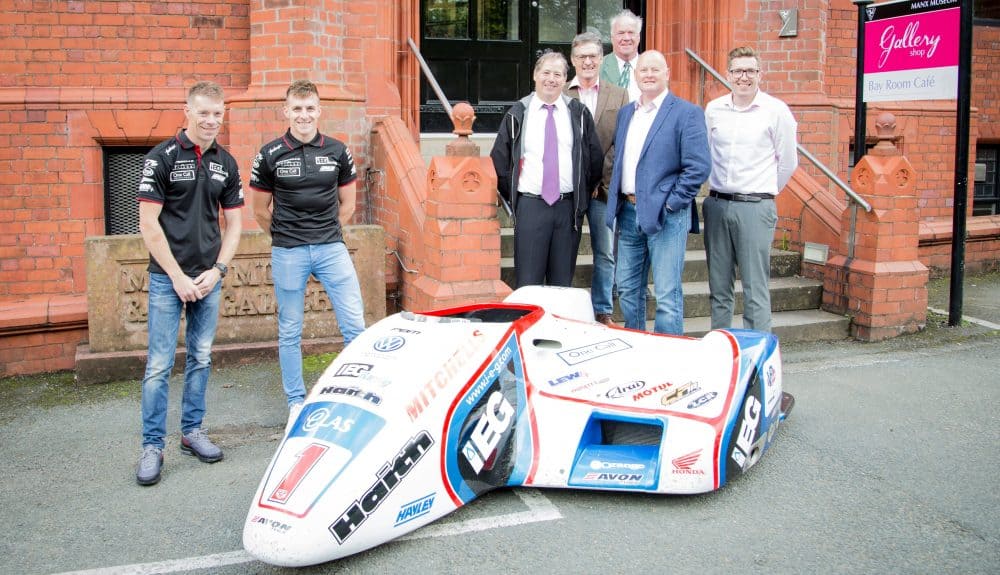 The sensational 3-wheel partnership of Ben and Tom Birchall saw them scorch their way into the history books at this year’s Isle of Man TT races.

In race one on day one, they broke record after record and in the process became the first crew to exceed an average lap of 118mph, following up in the second race of the week by becoming the first sidecar team to ever lap the mountain course in under 19 minutes, adding two further victories to their TT winning tally and recording a total of eight wins to date.

The Mansfield born duo dominated the 3-wheel races at the 2018 TT in the sidecar outfit they designed and built themselves.

Having written themselves into the TT history books, the victorious sidecar outfit that carried them to success, will now take its own place in history, becoming a major part of the Manx Museum’s TT collections and a star attraction in the Museum’s new TT Gallery due to open in 2020.

Matthew Richardson the lead curator for the new TT gallery said
“Manx National Heritage are thrilled to have been offered the opportunity to add this incredible piece of modern TT history to our collections.  It will be a massive attraction for our visitors and key to the telling of the extraordinary story of the TT races.”

Ben Birchall commented
“By selling our sidecar outfit to Manx National Heritage, we have ensured it will have its rightful place in the history of the TT races and be part of the national collections of the TT on the Isle of Man.  We are immensely proud to see our sidecar take its place in the Isle of Man’s National museum and to be confident of its security and accessibility to the TT fans now and in the future.”

Jonathan Hall, Chairman of Manx National Heritage commented
“The TT is one of the most significant and dynamic aspects of the cultural heritage of the Isle of Man, every year a new chapter in its history is written.  This year one of those was written by the Birchall Brothers and this amazing sidecar outfit.  The Trust with support from the Friends of Manx National Heritage were delighted to fund its acquisition for the National collections and look forward to seeing it on display in the new TT Gallery planned for 2020.”

The sidecar was generously transported to the island with kind support of the Isle of Man Steam Packet Company.