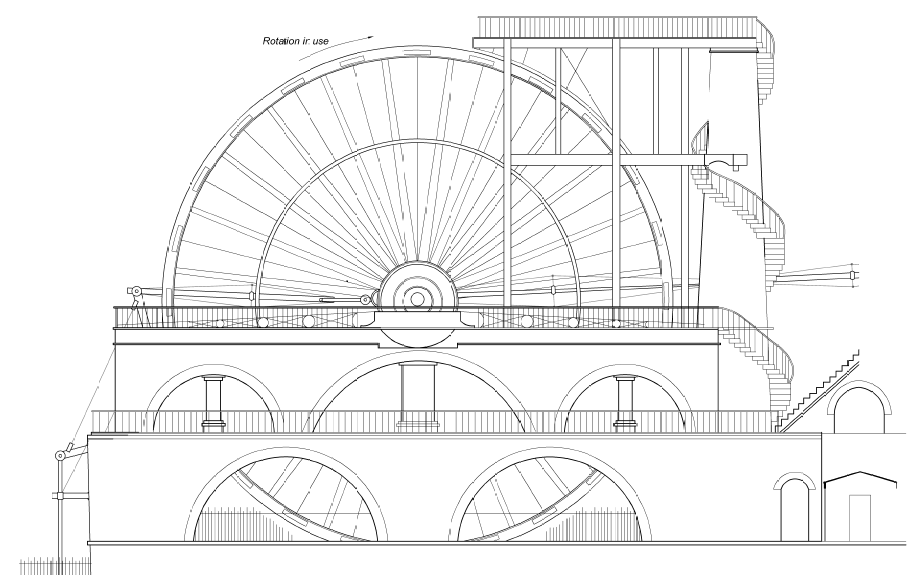 A project to conserve the Great Laxey Wheel, one of the Isle of Man’s most treasured landmark monuments is nearing completion, thanks to a major conservation project funded by Manx National Heritage and Isle of Man Government.

Following a series of ‘wet’ test runs the world-famous waterwheel turned last week for the first time since September 2020, when Manx National Heritage began work on the most comprehensive conservation project completed on Lady Isabella since her restoration almost 40 years ago.

“Testing of the iconic structure commenced last week to ensure its safe operation before regular turning for the public, with reports quickly circulating that the impressive 22.1 metre (72.6 feet) diameter structure was turning.  Despite a two year rest, our engineers reported that the wheel’s mechanism is now in good order, with minor additional works required before the wheel returns to normal use once again. This work includes monitoring of the joints where the wheel spokes connect through the buckets as well as the release of a seized cistern valve used to control the flow of water to the iconic waterwheel”.

Shrinkage of the wheel’s timbers as the wheel stood dry are believed to have contributed to a second issue causing loss of water from the wheel buckets.  As water is reintroduced, the wheel’s timbers will swell. Hardwood infill panels are being scribed to the complex junctions within the wheel’s buckets to enable the wheel to retain sufficient water to turn.

As the wheel does not have any brake mechanism, modifications will be carried out incrementally, and subsequent testing will be completed in order to manage the risk of the wheel being damaged.

Further tests on the iconic waterwheel will continue to take place prior to the wheel being fully re-commissioned in coming weeks.  The wheel will be seen turning intermittently during this time.

Manx National Heritage will announce a date for re-opening following full completion of these final stages of re-commissioning and restoration works.

Image caption:  Technical Drawings of the Non Crank Side Elevation of Lady Isabella