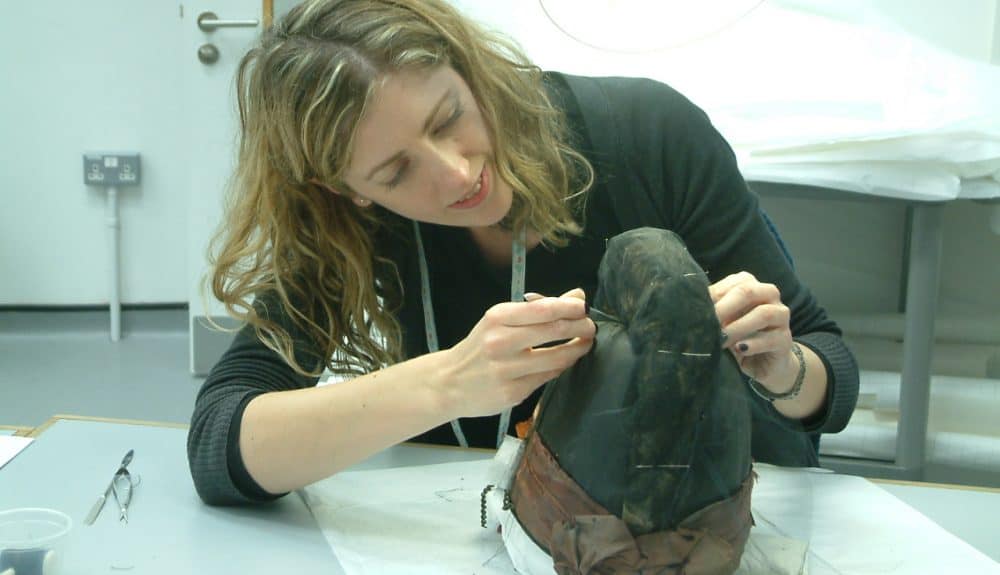 After many months of careful conservation, a rare 18th century cavalry officer’s helmet has gone on display at the Nautical Museum in Castletown.

The helmet, known as a Tarleton, belonged to Castletown resident George Quayle, who is best known as the owner of the armed yacht Peggy.

George Quayle was a member of the House of Keys for 51 years and during the time of the wars with France was an able officer in successive Manx forces raised for Island defence.  He both raised and funded his own regiment of cavalry.

Captain Quayle’s Constitutional Dragoons were a yeomanry regiment, in which the men provided their own horses, Quayle provided the uniforms, and the government provided the weapons. The helmet, which has a leather body adorned with a red silk sash and a horsehair plume, would have been an impressive sight when Quayle wore it at the head of his men on parade.

The artefact was conserved by Jenny Barnsby at the conservation studio of the People’s History Museum in Manchester, which specialises in historic textiles. The horse hair plume was moulting and the scarlet silk bow was very fragile. Jenny cleaned them then carefully enclosed them in fine silk nets to stabilise and protect them. She also created a display stand for the helmet that makes it easier to handle.

“This is a remarkable object, and is almost unique. It comes from a fascinating time when fear of invasion by revolutionary France led wealthy men across Britain to raise their own regiments for home defence. Many, like Quayle’s, were short lived and the details we have about them are sketchy. As it is, this is the only known helmet from this formation and one of only three surviving artefacts, all kindly donated by the descendants of George Quayle.”

The helmet can be seen in the Quayle Gallery at the Nautical Museum in Castletown, open 10am to 4pm daily.