News›Uncategorised›Preparations underway for Exciting Redevelopment at the Manx Museum

Preparations underway for Exciting Redevelopment at the Manx Museum 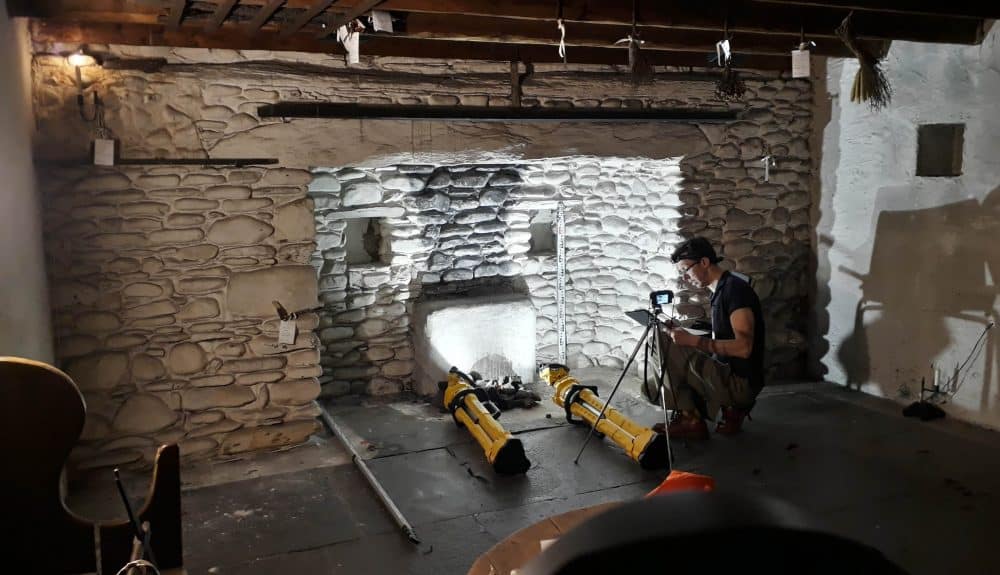 Manx National Heritage are busy progressing plans to develop an exciting new TT and Motorsport Gallery at the Manx Museum.  Before building work can commence existing displays need to be carefully dismantled and the MNH curators and conservators are currently preparing for the major task of recording and packing each item before they are carefully removed to one of the collection stores.  They will also take the opportunity to update and enhance the existing records on these items in the museum collections database ahead of the big move.  Some preparatory work has already commenced, though the main task of packing and moving will not begin until the New Year.  To allow this work to take place safely and securely the Folk Life Gallery will close from Monday 6th January 2020.

The move is a complex operation involving not only the many smaller items on display, but also the larger objects such as the farm carts and the loom; even the chiollagh (open hearth) from the farmhouse reconstruction will need to be carefully dismantled for removal.

Back in the 1930s the chiollagh and stone flagged floor were transplanted from a derelict farmhouse at the Gollane in Jurby, once occupied by the Teare brothers.  The Manx Museum director at the time, Mr William Cubbon, employed a Douglas mason, Mr JE Kennaugh to carefully number and demolish the structure. Like the rest of the house it was built of water-worn shore boulders bound together with mud, straw and farmyard manure. Mr Kennaugh carted the chiollagh away and sometime later reconstructed it at the Manx Museum. A report at the time suggests that the surface of the chiollagh in its original setting was smooth due to the layers and layers of white-washing!

Just as much care will be taken over the dismantling of the chiollagh in 2020.  There are very few conservation architects with experience of this specialist work and none on the Island but MNH have been fortunate to secure the services of UK based expert John-Paul Walker of Walker Cunnington Architects in Sheffield, who recently paid a visit to survey the chiollagh. His task is to recommend a numbering and dismantling sequence for all of the stones used to build the chiollagh and also the slate flagged floor that will help MNH to reconstruct them faithfully in the future as part of plans to enhance galleries at The House of Manannan.
John-Paul has extensive experience in assessing traditional construction techniques and works closely with craftsmen across the British Isles as well as being an expert advisor to English Heritage and the Churches Conservation Trust.