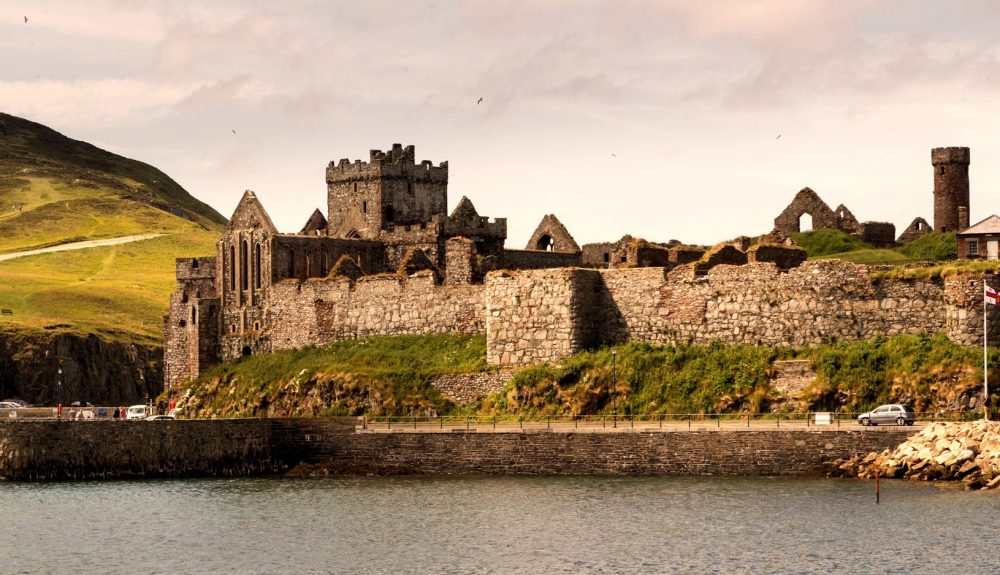 Manx National Heritage, the charity responsible for the Isle of Man’s natural and cultural heritage is currently undertaking conservation work on the Gatehouse at Peel Castle.

The Gatehouse forms part of the earliest standing defences at Peel Castle.  It was built in the late 14th century by Sir William le Scrope and constructed ‘in the place commonly called Patrykys holm…..whose buildings have been destroyed by the invasion of enemies’.   At this time, there was no causeway between St Patrick’s Isle and Peel, the River Neb went out to sea where Fenella Beach now lies, with St Patrick’s Isle only accessible at low tide.

“Located at the most vulnerable part of St Patrick’s Isle, the Gatehouse formed part of Peel Castle’s earliest defences.  The ground floor served as the guardroom, while at first and second floor levels there were living quarters, complete with grand fireplaces. At the very top are the battlements, which is the area in which our stonemasons have recently commenced work securing sections of weathered and storm damaged masonry including wall-heads which protect the integrity of the walls beneath them.  These areas of masonry were repaired in the 1870s, and what is taking place is effectively a repair of a repair.  The Victorians did a pretty good job, but there is a constant requirement to maintain these important and unique structures”.

The Gatehouse is one of several areas of the castle currently undergoing conservation.  High level masonry work was recently carried out on the Cathedral Tower, with further work due to be undertaken to a number of other areas of the castle.

Works will continue into the 2022 visitor season, which runs from 1 April to 31 October. The castle will open daily, 11am to 3pm, from 1 April.