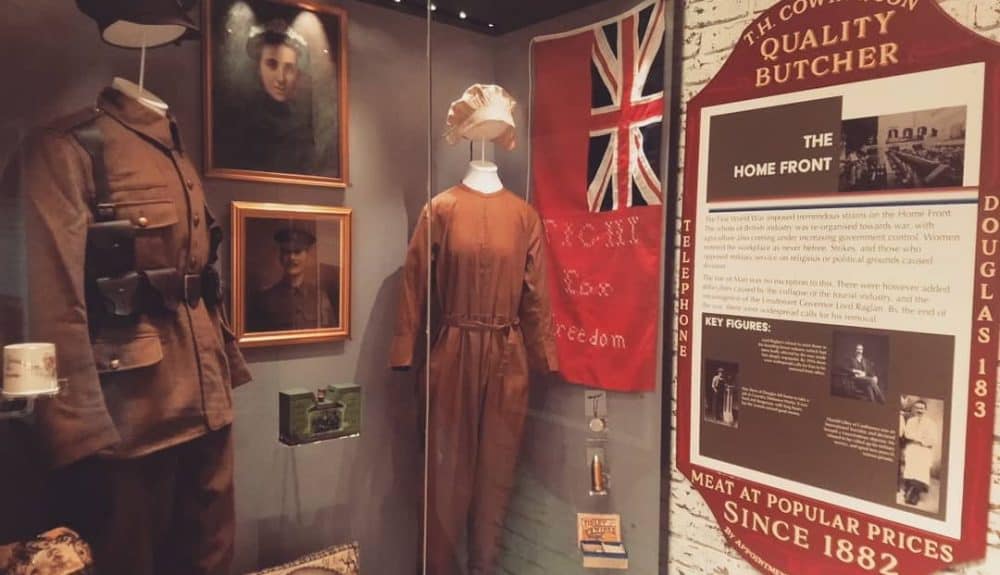 Manx National Heritage, the organisation responsible for protecting and promoting the Isle of Man’s heritage and culture, has opened a major new gallery at the Manx Museum in Douglas.

Officially opened in advance of the 100th anniversary of the Armistice, ‘Mann at War’ commemorates the role of Manx men, women and children in conflict from the 1700s to the present day.

Individual stories are key to the new gallery and are presented in the context of wider world events including the Napoleonic Wars, First and Second World Wars, Cold War, Gulf War and Afghanistan. These immensely personal human stories tell the impact of conflict on those who were resident on the Isle of Man, and also those who were brought here by the tide of war.

Designed by a local architect and constructed by local builders and crafts people, the new gallery is the latest improvement to the Manx Museum complex.  The gallery replaces an area of the museum which was previously dedicated to social history and was last redisplayed in the early 1990s.

The gallery was officially opened by military historian Professor Eric Grove who commented:

“Conflict has always influenced the history of the Isle of Man, with the Manx nation playing a vital role in shaping world events through war and strife.  Through objects and stories, this new gallery explores the experiences of those who have been affected by international conflict over the last 250 years from the ages of sail and empire, through the two world wars and into modern times”.

“The new gallery is one of the most important projects to be undertaken at the Manx Museum in recent times and has been many years in the making. More than 200 items have been painstakingly researched, selected and cleaned by our dedicated team at the Manx Museum and we are incredibly proud of the results.

Through research in preparation for this gallery we have learned that Captain Quilliam’s naval uniform is not only of local importance but is of international significance. Bloodstains and battle damage revealed during conservation treatment offer support to the long-held assertion that this is in fact the uniform that Quilliam wore aboard HMS Victory at Trafalgar in 1805. It is now looking increasingly likely that we have in the Manx Museum one of only a handful of such uniforms.

Likewise, study of Caesar Bacon’s uniform has revealed that it is the oldest Napoleonic light cavalry uniform known to exist in the British Isles. Again, there is mounting evidence to support the belief that it was actually worn on the battlefield at Waterloo. Further research in preparation for the gallery has also brought to light his Waterloo medal, still with his family after 200 years, and I am delighted to tell you that it is now on display with his uniform, one of only two such combinations in the British Isles”.

MNH plays a key enabling role in the Manx Community in terms of commemorating conflicts. Through the iMuseum it makes information freely available about all the individuals who are recorded on the nation’s war memorials. It has published a book on the impact of WWI, set up a major exhibition and co-ordinated educational activities for local schools. Through the Donald Collister programme it also helped to fund a new centenary memorial in Arbory. In addition, the iMuseum now makes available a substantial part of the national archives worldwide – including unique holdings relating to civilian internment in two world wars. MNH is pleased that these resources are being extensively used by individuals and community groups such as the Rushen Heritage Trust for their own books and exhibitions.

The development of the new gallery was made possible by funding from the Isle of Man Government’s Capital Programme and through the generous support of the Friends of Manx National Heritage.

The Manx Museum and National Trust is a Manx Registered Charity and wishes to thank the many individuals and organisations who have donated personal items and other resources to this project. We are keen to hear from any other people who wish to support our work. 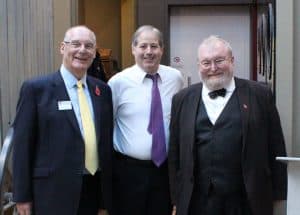 Manx National Heritage will host two further events to commemorate the 100th anniversary of the Armistice.

On Sunday 18 November, Manx National Heritage will host ‘The Perfect Gentleman’, a one act play based on the letters of Lt. Cyril Gordon Walker MC during his fight in the First World War.  The play tracks Cyril’s experiences up until his death in March 1918 and is told through the reading of his letters by family members.  The play won the Manx One Act Play Festival 2018 and went on to the Northern Regional final in the UK.