News›Uncategorized›New Developments at the Grove

New Developments at the Grove 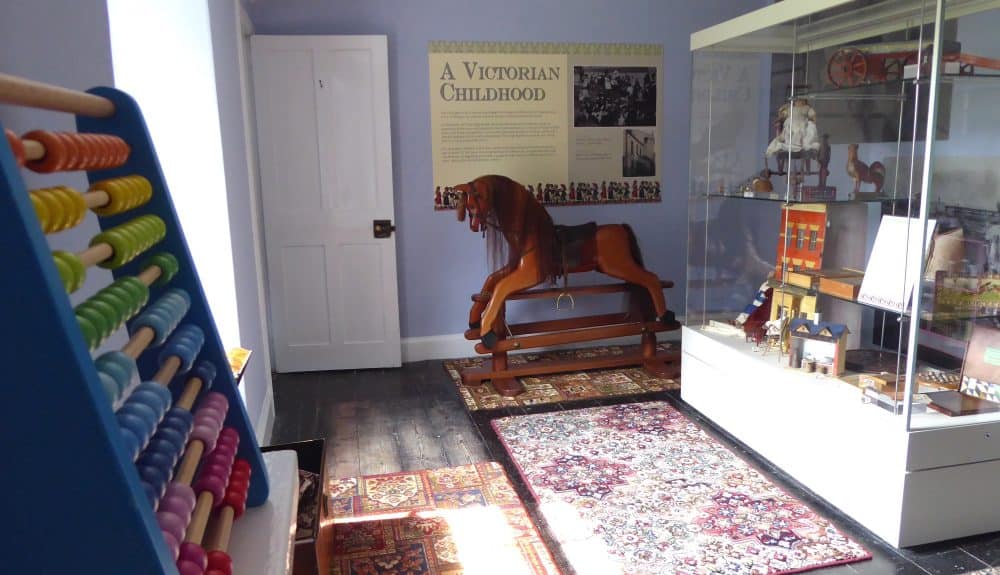 Manx National Heritage is now putting the finishing touches to some new developments at the Grove, the former family home of the Gibb sisters outside Ramsey.

Two of the upstairs rooms have received a make-over, which has allowed Manx National Heritage curators to explore some new themes at the site. The former Toy Room, which had not been re-displayed since 1984, has been renovated and re-presented as the Servant’s Room, whilst the toy displays are now housed in the adjacent Child’s Room, which also explores the wider themes of Victorian childhood both for the Gibb girls and those from a poorer background.

“It marks a new departure for us to look at the lives of the servants at the Grove, as most of our attention in the past had focussed upon the Gibb family themselves. However, a small picture of a sailing ship scratched into the Toy Room window long ago by a maid has always intrigued me, and I wondered what life might have been like for her. The new Servant’s Room attempts to answer some of the questions visitors have about life below stairs”.

In another recent development, Manx National Heritage has installed a solar-powered Sound Bench at the Grove. Whilst seated on the bench, visitors can select extracts from a 1974 audio recording of Miss Janet Gibb, the last of the family to live at the house.

“Some of the recording clips are very poignant, particularly Miss Gibb’s memories of her childhood at the Grove, and of Ramsey as it was in the years before the First World War. Even some of our staff at the house had not heard Miss Gibb’s voice before, so this new installation adds extra depth to our interpretation of the Grove”.