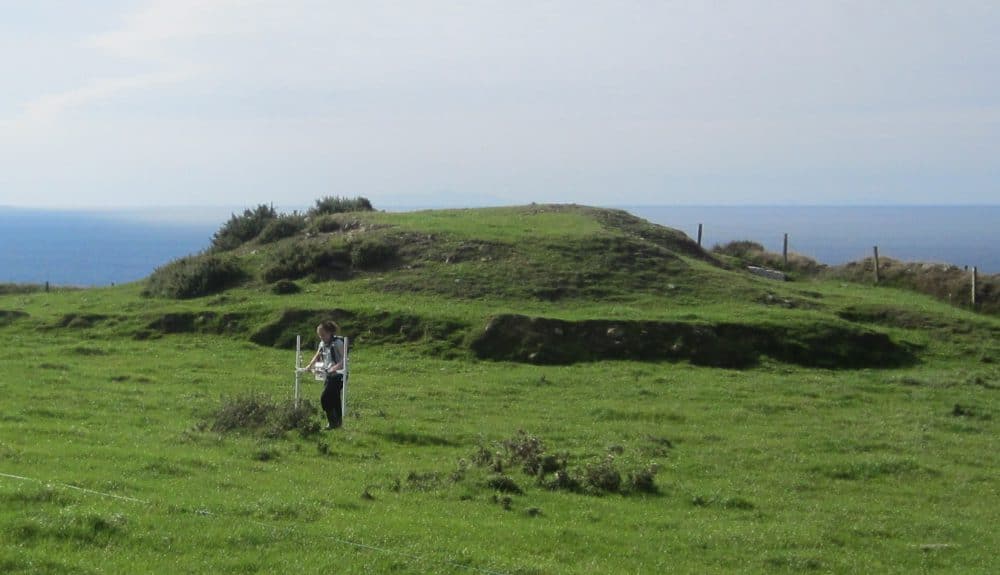 The Isle of Man’s prehistoric “round mounds” will be investigated in a new research project to be undertaken by researchers from Newcastle University and University of Leicester thanks to support from Manx National Heritage and Culture Vannin.

Round mounds are earthen mounds built over human burial sites.  They are found throughout the British Isles and in Continental Europe.   First appearing in the Neolithic Age around 3500 BC, their use continued in some form into the Bronze Age.

The project aims to investigate what these sites and their associated burials, people and artefacts can tell us about life on the Isle of Man and also about interaction with other communities across Britain, Ireland and potentially beyond, in the Neolithic and Bronze Age.

Over 160 round mounds have been identified on the Isle of Man, with four excavated between 30 and 60 years ago.  No modern research using systematic survey and excavation has ever been carried out.

The new research will include osteological (bone) analysis of human remains from historic excavations and preserved in the Manx National Heritage collections.  Some samples will be radiocarbon dated and some will be analysed for isotopes and ancient DNA, both of which may reveal where the people came from, whether they were male or female and whether they suffered from any disease.

A new assessment of Neolithic and Bronze Age mortuary evidence from the island will be completed along with new geophysical surveys of Manx round mounds, and landscape analyses using LiDAR imagery gained from laser surveys of the ground and other map data.  This will help clarify the extent and form of the monuments themselves, as well as how they related to the prehistoric Manx countryside and whether there was a pattern and significance to where they were built.

The research project will be led by Dr Rachel Crellin at Leicester University and Dr Chris Fowler at Newcastle University.

“It is great to be starting this exciting project funded by both Manx National Heritage and Culture Vannin. Many of the sites we are investigating will be familiar to island residents and they are sites that I grew up visiting with my family. It is wonderful to have this chance to try and reveal some new aspects of our island’s prehistory”.

“This is a great opportunity to work with academic colleagues and specialists to improve our understanding of this period of Manx prehistory.  Around 4000 years ago there were great changes in technology with the introduction of metalworking, but there also seems to be continuity in the way people buried and commemorated their dead.

One of the most exciting aspects of the project is the prospect of exploring the information that is held within the collections here at the Manx Museum.  Some sites were excavated as far back as the late 1800s, but remains have been preserved in the Museum since then.  With modern scientific techniques now available, we are hoping to get to know more about not only the people who built these round mounds, but also the people who were buried beneath them”.

To find out more about the work of Culture Vannin and Manx National Heritage, visit www.culturevannin.im  and www.manxnationalheritage.im.