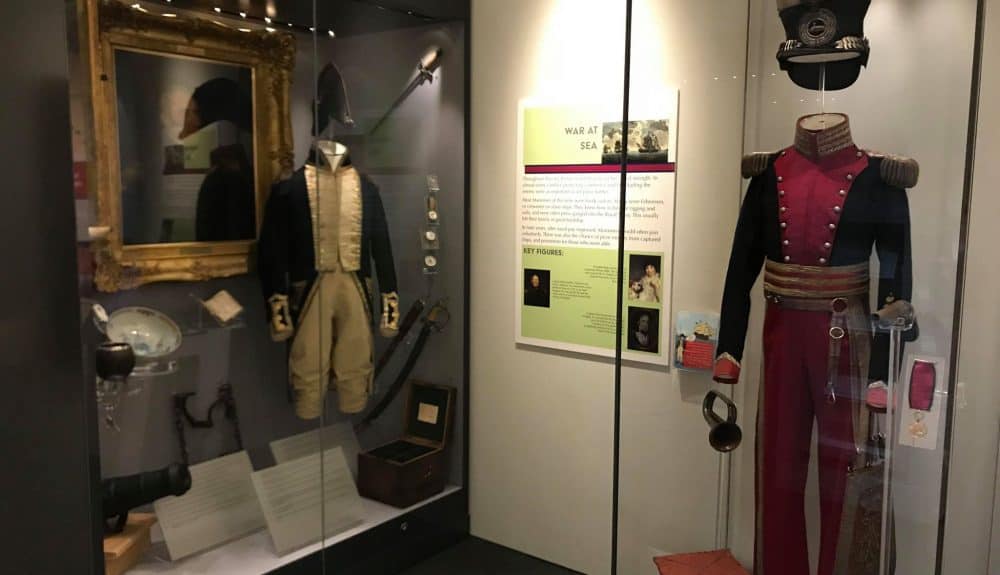 Jacqueline will describe the intricate and sympathetic treatments she used to clean and repair each uniform for display in the new Mann at War gallery, using detailed before, during and after pictures.

“We have learned that Captain Quilliam’s naval uniform is not only of local importance but is of international significance. Bloodstains and battle damage revealed during conservation treatment offer support to the long-held assertion that this is in fact the uniform that Quilliam wore aboard HMS Victory at Trafalgar in 1805. It is now looking increasingly likely that we have in the Manx Museum one of only a handful of such uniforms.

Likewise, study of Caesar Bacon’s uniform has revealed that it is the oldest Napoleonic light cavalry uniform known to exist in the British Isles. Again, there is mounting evidence to support the belief that it was actually worn on the battlefield at Waterloo. Further research in preparation for the gallery has also brought to light his Waterloo medal, still with his family after 200 years, and I am delighted to tell you that it is now on display with his uniform, one of only two such combinations in the British Isles”.

Tickets for the lecture cost £10, available from the Manx Museum and www.manxnationalheritage.im/shop.