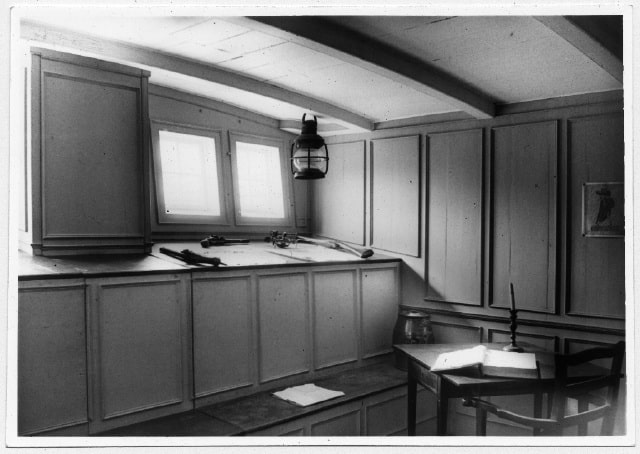 Manx National Heritage, the charity responsible for the care and promotion of the Isle of Man’s natural and cultural heritage, welcomes proposals to include a number of buildings and war memorials on the Isle of Man’s Protected Buildings Register.

The Isle of Man’s Protected Buildings Register marks and celebrates the special architectural and historic significance of a building, and brings it under the consideration of the planning system, so that it can be protected for future generations.  The oldest roofed building on the register is the Old Grammar School.  Owned by Manx National Heritage, the building was built around 1200AD as the first town church in Castletown.

Under the latest round of proposed registrations, buildings have been identified under themes, the maritime buildings theme includes towers, lifeboat stations, and the boat house at the Nautical Museum.  Five lighthouses are also under consideration including two on the Calf of Man designed by the world renowned engineer Robert Stevenson.

“Manx National Heritage welcomes proposals to register a number of historic buildings across the Isle of Man.  We are particularly delighted to see the Nautical Museum considered for registration.  Our Conservation Management Plan for the site supports this conclusion and we welcome the registration process”.

The Peggy, the Nautical Museum site in Castletown, and the collection of the Quayle family archive holdings in the Manx Museum were identified about a decade ago as very significant elements of the holdings of MNH, particularly when considered together. The key to this significance is the story and legacy of the Quayle family at a key period in Manx history, namely the British taking control of the Island through the Act of Revestment in 1765.

In recent years, the remains of a complete dock with timber guillotine gates were revealed at the boathouse during a controlled archaeological excavation, which also unveiled a number of fascinating archaeological finds. Most of these have since been processed with some currently receiving specialist conservation at the laboratories of the York Archaeological Trust and some are now on display in the Nautical Museum.

Two other MNH buildings have been included in the registration proposals including the two Robert Lewis Stevenson designed lighthouses on the Calf of Man.  After decommissioning, the lighthouses fell into a state of disrepair and became ruins, before coming into MNH ownership.  Built in 1818 to warn mariners of the hazards of the Chicken Rocks off the south end of the Calf, the lighthouses were replaced in 1875 by a lighthouse built on the Chicken Rocks themselves.

“The prime objective of Registration is to protect a building from demolition and unsympathetic alteration. We have no plans to remodel or alter the lighthouses and welcome their recognition via the Registered Building status.  Both are situated in isolated and exceptionally remote locations and are not at risk of development or unsympathetic repair”.

In the past half Century many buildings have been acquired or transferred to MNH to be held in Trust for future generations, with a number of these holding Registered Building Status. These include Castle Rushen, The Old Grammar School and The Thatched House at Niarbyl Beach and Peel Castle. A strong partnership continues between MNH and the Isle of Man Government, which contributes to the maintenance of the historic properties in MNH’s care as well as providing the charity with support for major improvements and repairs.

The Cabin Room at the Nautical Museum, 1950s

Peggy and The Quayle Legacy Project