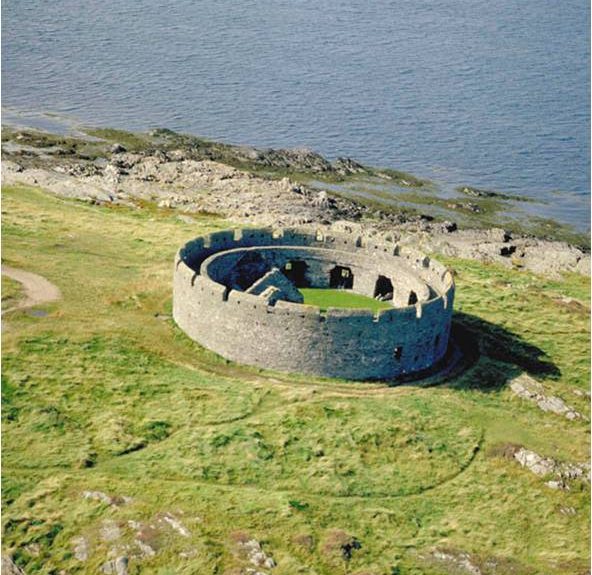 Manx National Heritage, the charity responsible for the care and promotion of the Island’s natural and cultural heritage, is saddened to report the continuing abuse of one of the historic environments in our care, Fort Island. The island is the site of several very important ancient monuments including an early mediaeval church and associated graveyard. It is also the home of several significant species of wildlife including breeding seals and seabirds.

Despite previous appeals to the dog owners in our community to keep dogs under control and to pick up after them, we are once again receiving reports from members of the public of considerable amounts of dog excrement. Of additional concern is the fact that a number of owners are deliberately letting dogs run loose. At a time when the island is in lockdown special spaces such as Fort Island are increasingly being used by the local community for exercise. Not only are children at risk but the result is the spoiling of one of our Island’s most precious historic locations that is now being routinely used as a dog toilet.

MNH as owners and guardians of this historic site have legal powers under their byelaws to impose fines, restrict access and prosecute offenders who break the byelaws which include not having a dog under effective control and leaving dog excrement on the site. We had hoped that we would not need to resort to exerting these powers in order to do our job to protect these historic environments but we will not hesitate to do so if the abuses continue.

MNH now feel they have no choice but to issue a final warning to dog owners to clean up their act or risk being banned altogether from the Fort Island site.

MNH understand that this problem is caused by an irresponsible minority and would like to take this opportunity to thank those members of the public who have reported these abuses at Fort Island. At the moment dog on leads and under control are as welcome as their owners. However, we will shortly be introducing inspections and patrols with a view to identifying those spoiling our countryside for the majority.