MNH appeal to the public 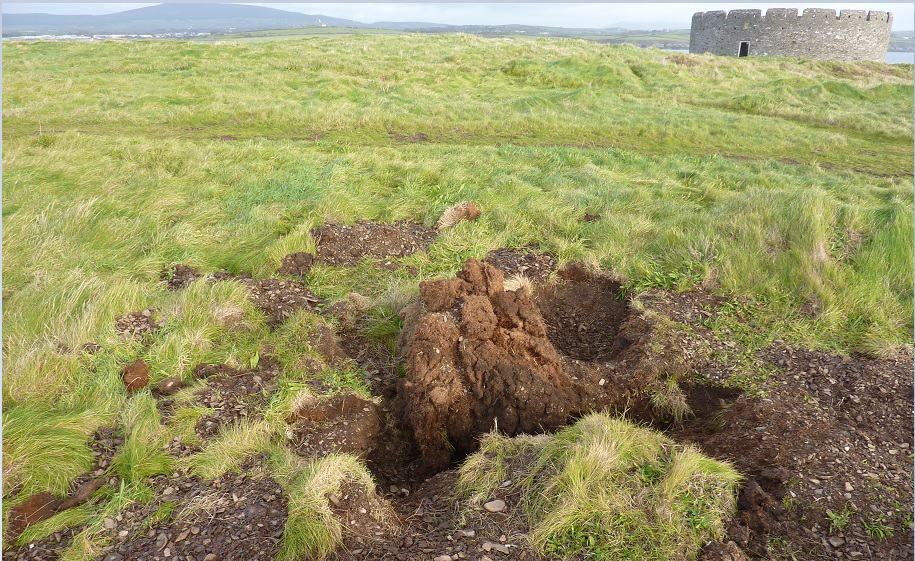 Manx National Heritage (MNH) the charity responsible for the care and promotion of the Island’s natural and cultural heritage, have appealed to the public to support them in their care of the ancient monument sites in the Manx landscape.

The appeal was issued following an incident involving the rescue of a dog trapped in a rabbit hole which unfortunately caused significant damage to the ancient monument of Fort Island.   MNH fully understand the motivation of the owner and the need to safely recover their dog but do ask the public to please notify MNH when such incidents or damage occurs on their land.

The damage has been repaired as far as is possible by MNH’s maintenance team under the guidance of Inspector of Ancient Monuments, Andy Johnson who said of the incident:

“The legal status of Fort Island as an ancient monument makes it illegal to damage it in any way, whilst by-laws mean that wildlife should not be disturbed.  A further layer of protection is provided by its status under the Wildlife Act as part of a designated ‘Area of Special Scientific Interest’.

“Thankfully, damage at the Isle of Man’s national heritage sites is a relatively rare occurrence, but the impact can be significant. The location of the dog rescue is, unfortunately, very close to the earthen fort / gun emplacement created on the orders of James Stanley, 7th Earl of Derby as part of his modernisation of fortifications on the Isle of Man during the 1640s.  This feature is not formally or visibly defined on the ground but a curious eye may spot subtle differences in the levels of the banks.

We are putting out this appeal for help from the public as we appreciate that many people may not be aware of the significance of these sites and would not necessarily realise that they are potentially damaging a very precious piece of our Island’s history.  We are very grateful to the member of the public who alerted us to the damage at Fort Island and the story behind it and ask the public generally to please let us know if they see any issues or damage when out enjoying the historic landscape, so that we can ensure it is here for people to enjoy for many years to come.”

MNH is currently working on the first phase of a new interpretation strategy for ancient monument sites and landscapes in its care, which will include new wayfinding and onsite signage and interpretation, as well as access to additional information online and encouraging the use of such places for events and public engagement.