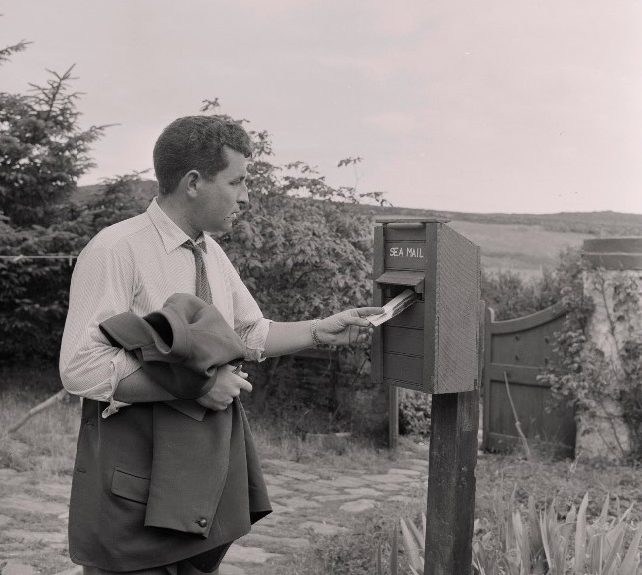 Manx National Heritage (MNH) wishes to express its sadness at the recent news of the death of veteran journalist, broadcaster and friend, Terry Cringle.

Joining with many others, Manx National Heritage remember Terry’s immense contribution to the Isle of Man’s heritage.  Terry spent many hours at the Manx Museum researching stories of the Isle of Man, curiosities, nostalgia and ways of life, sharing his research with radio and newspaper audiences around the world.

We were exceptionally touched to receive news of Terry’s wish for donations in his memory to be made to Manx National Heritage and we are enormously grateful for every gift our charity receives in his memory.

The Trustees and staff of Manx National Heritage send our sincere condolences to Terry’s family and friends and share this striking image of Terry, taken in 1963 on a visit to the Calf of Man.