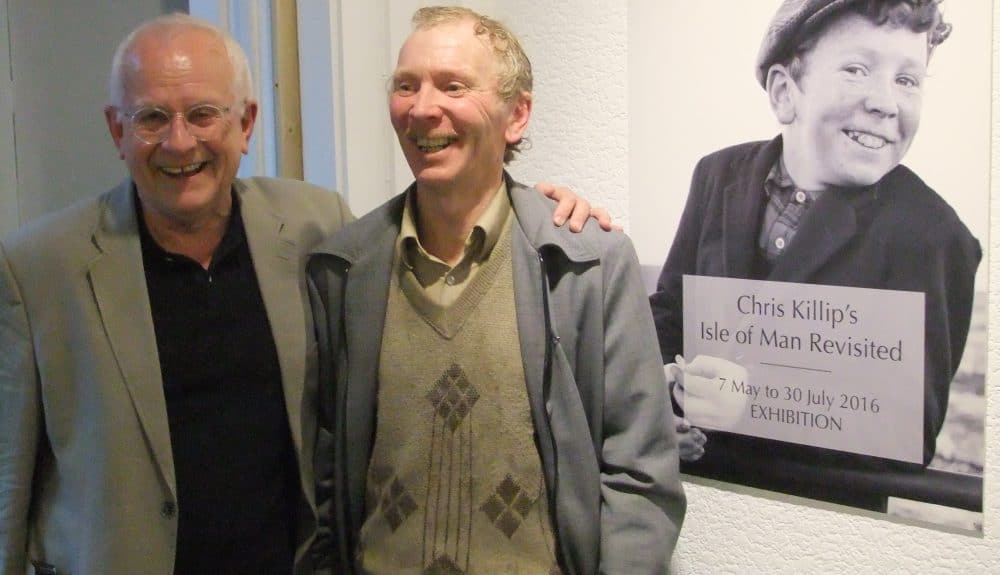 Manx National Heritage (MNH) wishes to express its sadness at recent news of the death of Chris Killip.  Joining with many others we salute this remarkable, gifted photographer.  Using his keen eye and skill with camera, composition and people he took many portraits and landscapes around the world over a long career.  Thankfully, he was inspired by the Isle of Man’s rural way of life resulting in stunning imagery of Manx people in their surroundings between 1970 and 1973.

He captured images of marginal and marginalised communities and ways of life that nobody noticed or saw before they disappeared and that insight was first seen in his Manx work in the early 1970s, recording a world on the Isle of Man that was rapidly changing and disappearing.

In 2013 MNH acquired 250 prints from this Isle of Man work which had been personally selected by Chris and reprinted by his assistant.  Then in 2016 Chris attended the opening of a major temporary exhibition at the Manx Museum displaying some of these prints.  Gallery visitors contributed memories and many are still commenting with affection and awe about the Killip images available to view on imuseum.im at https://www.imuseum.im/search/archive/search?tab=archive&view=&term=PG%2F14444*.

Chris Killip was born in 1946 in the Highlander Inn to Alan and Molly (nee Quirk).  Later his father ran other pubs resulting in Chris living in Peel until aged 15, then moving to Douglas.  His first job was in the Castle Mona Hotel.  His father offered to pay hotel management training fees but instead, having seen a Henri Cartier-Bresson image in a Paris Match magazine (Rue Mouffetard, Paris, 1954), he decided to become a photographer.  To raise money for a move to London, Chris worked as a Keigs beach photographer in Port Erin.

Much will be said in appreciation of the man.  For now, we share this striking image of Chris taken at the 2016 exhibition preview with one of his subjects, Keith Collister, man and boy.  We send our condolences to family and friends.

“History is what’s written, my pictures are what happened.”