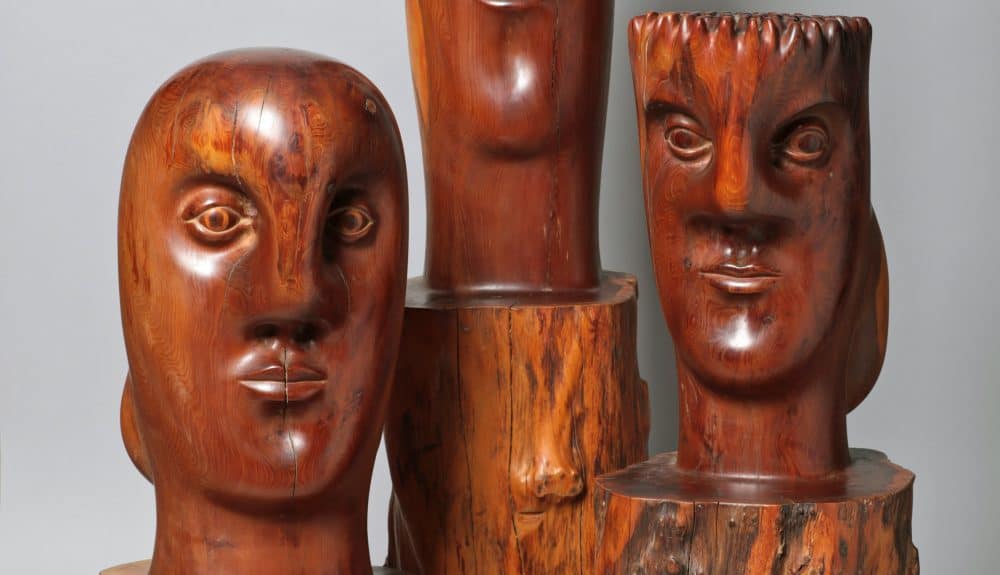 Twenty sculptures from the Isle of Man’s National Art Collection have recently been photographed and recorded as part of a major project to photograph sculptures across the United Kingdom and British Islands.

The Art UK sculpture project will see around 170,000 sculptures from inside public collections and outdoors in the nation’s streets and squares being shown on the artuk.org website by 2020.

“Manx National Heritage is a founder partner of the Art UK project, which provides the online home for art from every public collection in the United Kingdom.   The Art UK website currently features over 200,000 artworks, including art from museums, universities, town halls, hospitals and even a lighthouse. Much of it isn’t usually on display”.

The UK’s national sculpture collection is drawn from all over the world – a truly global collection and arguably the greatest in existence. However, a significant proportion is not on display and little of it is photographed. Many public monuments are not fully recorded and are at risk.

Art UK commission and write about artists, artworks, exhibitions and the stories behind paintings, from the world famous to the obscure. This three-year project will focus on sculpture of the last thousand years. All objects will be recorded and most will be photographed, some in 3D.

“Manx National Heritage holds around eighty sculptures in the Isle of Man’s National Art Collection. Twenty of the island’s sculptures were recorded as part of the project, which aims to record around twenty percent of collections”.

The newly photographed sculptures will join our digitised oil paintings on the Manx National Heritage’s Art UK page and also on www.imuseum.im.

The project has been funded by the Heritage Lottery Fund, Arts Council England, Scottish Government and a range of large and small grant-giving trusts, and over 70 individual and corporate donors.