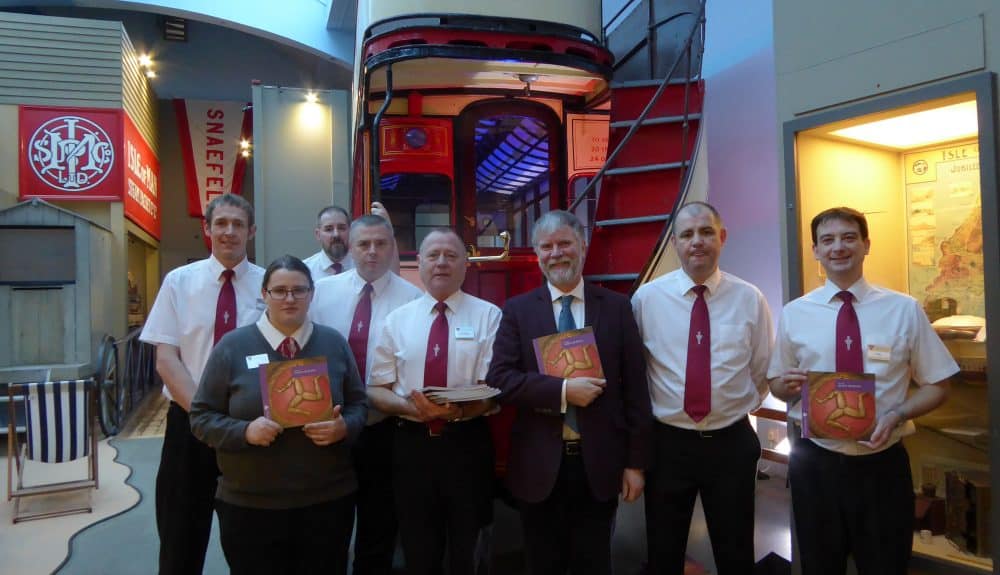 Manx National Heritage, the organisation responsible for the protection and promotion of the Isle of Man’s heritage and culture, has launched a new guidebook to the Manx Museum.

‘Explore Manx Museum’ is a colourful 116 page paperback illustrating some of the most treasured, intriguing and extraordinary artefacts from the Manx national collections as well as the people and events that have shaped the Isle of Man’s history. Objects featured range from Douglas Horse Tram No. 14, one of the Manx Museum’s largest and most popular exhibits to a cardigan knitted for a child interned at Rushen Camp in World War Two. Paintings from the Manx National Art Collection are featured including ‘On the Beach at Douglas’ by William Hardie Hay, 1894 and ‘Douglas Promenade’ by John Miller Nicholson.

Written by the Director of Manx National Heritage, thematic chapters cover a diverse range of subjects from the Three Legs of Man, to Natural History, Vikings, Island at War, Tourism TT, Transport, Art, Culture and Language. It features previously unpublished images and stories from the Manx National Collections and digital archives.

“It was a real pleasure to put this guidebook together. It’s the first time we have focused on the Manx Museum buildings and the collections housed there. We took the opportunity to seek the views of our front of house team, incorporating their views on what visitors most frequently asked them about and have tried to answer these questions as best we can.

We hope that all visitors will find much to fascinate them and that the book will be a great souvenir of their time at the Manx Museum. The new guidebook incorporates many new images from our archives which are now also available to view on iMuseum online.  Our aim is for the new guidebook to provide a fascinating insight into the Manx Museum, whilst also stimulating readers to explore more about the Isle of Man and its rich heritage”.

Explore Manx Museum was designed and edited by Isle of Man Advertising & PR and funded by the Manx Museum and National Trust.

Explore Manx Museum, priced at £8 can be bought online at www.manxnationalheritage.im and is available from the House of Manannan and Manx Museum.