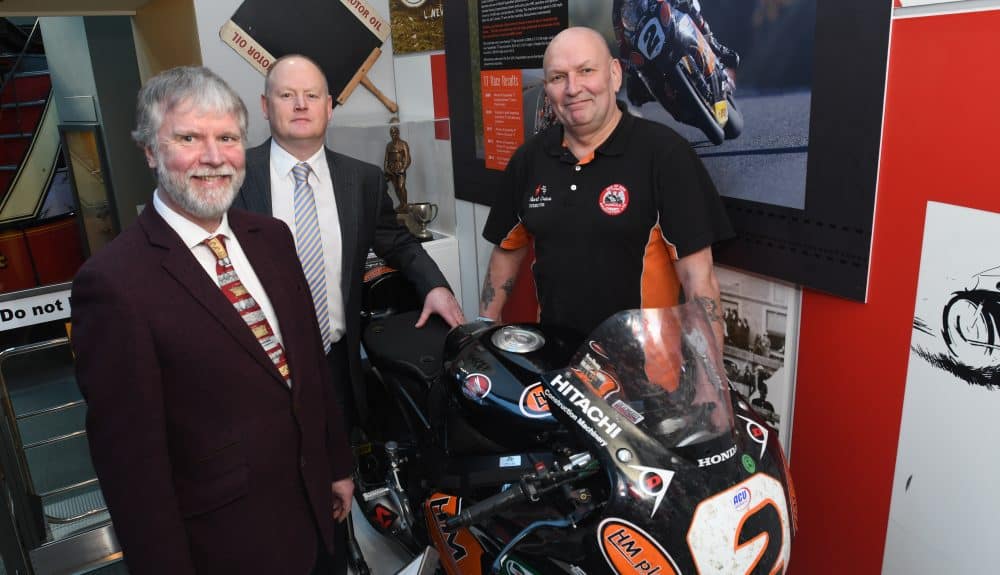 Manx National Heritage, the national heritage agency for the Isle of Man, is delighted to announce the introduction of free entry to its sites around the Island for marshals supporting the Isle of Man TT and the Festival of Motorcycling.

“Motorsport has become an intrinsic part of the Isle of Man’s heritage and culture and events could not go ahead without the dedicated and hard-working team of marshals who volunteer to help make sure racing can be run.

As a small token of our appreciation, anyone who signs up as a marshal for Isle of Man TT or Festival of Motorcycling will receive free entry to Manx National Heritage sites on presentation of their identity card.  This recognizes the contribution the marshals make to the TT and Festival of Motorcycling, two events which have become an iconic part of our heritage and culture”.

Free entry will be provided to iconic attractions including the Laxey Wheel, the world’s largest working water wheel and Cregneash Village, famous for its Manx thatched cottages including Harry Kelly’s Cottage.

“It takes 500 members of the Isle of Man TT Marshals’ Association to cover the famous 37 and three quarter mile circuit, with marshals being responsible for maintaining safe spaces within racing areas, providing emergency aid if required and much more beyond this.  The marshals dedication and enthusiasm is second to none and without their contribution the racing events across the island would not be able to take place so this recognition is much appreciated and is part of a wider programme to develop a rewards programme of benefits for marshals.  Hopefully the provision of free entry to Manx National Heritage sites will encourage marshals to explore some of the incredible heritage attractions the Isle of Man has to offer in their spare time.”

Rob Callister MHK, Member for the Department of Economic Development with responsibility for Tourism and Motorsport, commented:

“The marshals of the TT and Festival of Motorcycling are integral to the success of the events and their continued support and contribution is invaluable. I am delighted that we are able to provide a token of our appreciation, while showcasing the Island’s vivid history and special motorsport exhibitions being arranged by Manx National Heritage this year.”

Free entry for marshals will be provided between 22 May 2017 and 10 September 2017, on presentation of a valid identity card.

During the TT period, Manx National Heritage will host a range of motorsport related events and activities including ‘Super 10 – Mick Grant, the TT years’, a retrospective exhibition at the Manx Museum bringing together motorcycles, memorabilia and previously unseen photographs from Mick Grant’s private collection.

Ian Hutchinson will sign copies of his autobiography ‘Miracle Man’ at the Manx Museum on 2 June 2017 at 1pm.   Vintage Film Screenings of the TT Races, featuring the first 100mph will feature on in the Manx Museum Film Theatre and daily TT themed show and tell sessions will take place at the Manx Museum.

Manx National Heritage’s limited edition TT pin badge will also be available again this year, enabling pin holders to receive free admission to MNH sites for the duration of the TT Festival, Southern 100 Races and Festival of Motorcycling.  Pin badges cost £10 and will be available from Manx Museum, Laxey Wheel, House of Manannan and other Manx National Heritage sites.

The offer is extended to all those who marshal for Isle of Man TT, Festival of Motorcycling, the pre-TT, post TT and Southern 100 races. To receive free entry, marshals must present a valid marshals identity card.

Free entry for marshals is available at:

Castle Rushen, The Old House of Keys and Nautical Museum in Castletown

Other free site include:

The Sound and Niarbyl Bay Cafes