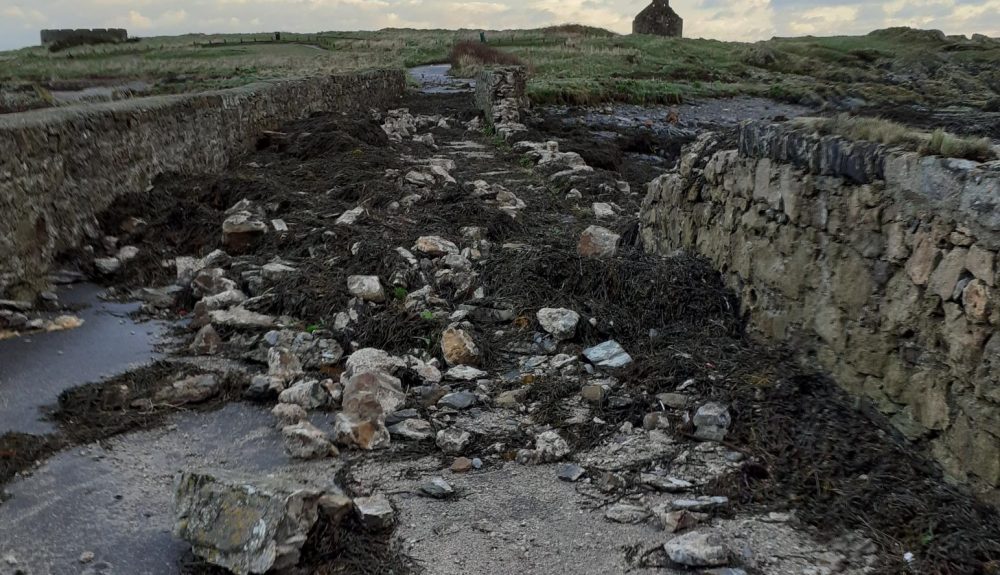 Manx National Heritage (MNH), is responsible for the care of a large number of built heritage sites across the Isle of Man, including Castle Rushen, Peel Castle, Rushen Abbey and Cregneash as well as many monument sites in the Manx countryside such as Cashtal yn Ard, The Braaid and the Sound and Meayll Circle.  MNH also cares for many thousands of acres of natural heritage landscape.

When a big storm hits the Island, like Storm Barra this week, MNH undertake a survey and assessment of damage across its entire portfolio of ownership.  Early indications of land, monuments and properties assessed so far are, thankfully positive.  However it will take more time to assess everything and the public are encouraged to let MNH know if they come across any signs of damage in the next few days, particularly to some of the more remote and less visited locations.

Initial reports indicate that the majority of MNH built heritage sites have had a fairly fortunate escape from the worst effects of Storm Barra and damage to the Isle of Man’s historic environment seems to be mainly limited to coastal areas so far.  There has been damage to the causeway at St Michael’s Isle, where walls either side of the access road have been damaged. Department of Infrastructure engineers will clear the road in coming days, although understandably this may be delayed as work is prioritised across the Island.  MNH has advised the public to avoid visiting St Michael’s Isle until the access road has been cleared.