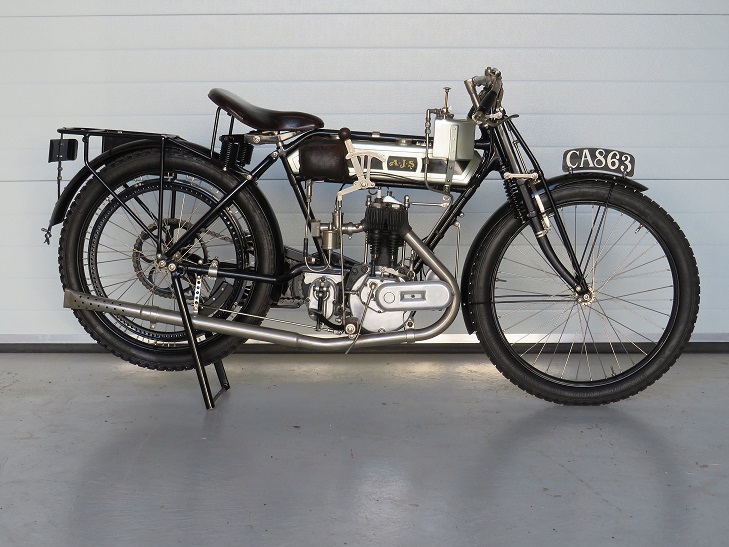 One of few British racing motorcycles surviving from the years prior to the First World War has been acquired by the British Motorcycling Trust for display in the new TT Gallery at the Manx Museum.

The motorcycle, a 350cc AJS built in 1913, originally belonged to Billy Jones of Wrexham, who competed with it in the 1914 Junior TT.  He finished 4th in that race.  It is one of only a handful of surviving pre-WW1 machines with an undisputable TT history and the first that Manx National Heritage has been able to locate after a number of years of searching.

“Unusually, due to a combination of the road registration number, confirmed by vehicle registration records held at Wrexham Archives, and the engine number, it is possible to say with a considerable degree of certainty that this is the machine Billy Jones raced in the 1914 Junior TT”.

The machine was in the hands of a private collector in the south of England, and was acquired on behalf of Manx National Heritage by the British Motorcycle Charitable Trust.

“The era of racing on the Isle of Man prior to the First World War was one of the most interesting in the Island’s motorsport history. Riders were true pioneers, with no real protective equipment, primitive brakes and riding on roads consisting in many places of little more than loose gravel or rutted cart tracks. On the mountain section, they had to dismount to open sheep gates, then close the gates behind them.  This 1913 AJS captures the spirit of that era perfectly, and we are enormously grateful to the British Motorcycle Charitable Trust for their support in helping MNH to acquire the machine for the Isle of Man’s national museum collection”.

The machine will go on display in the new TT Gallery at the Manx Museum.  Set to open in 2022, the new gallery will offer a world class visitor experience and will tell the story of the Isle of Man TT from its inception in 1907 to the present day.  It will offer visitors the opportunity to enjoy the TT atmosphere all year round and portray the real-life stories of everyone involved – riders, families, mechanics, officials, marshals and fans.

As the Isle of Man’s National Heritage agency, Manx National Heritage has been actively collecting a range of TT and motorsport material for over 20 years, with collections ranging from oral history interviews with fans to armbands worn by volunteer marshals.

The new gallery will weave personal stories using the collections against a backdrop of film and sound.  It will be as much about the social and cultural impacts of the TT and the people who race, watch, marshal and support it. 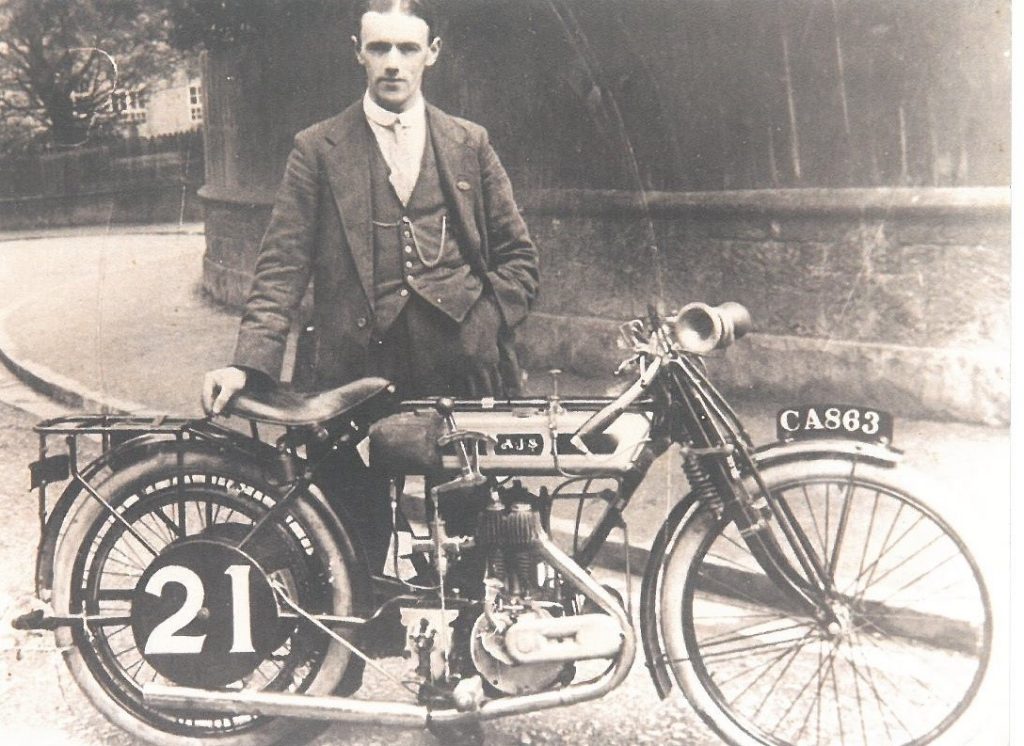 The 350cc AJS built in 1913, originally belonging to Billy Jones of Wrexham, who competed with it in the 1914 Junior TT.