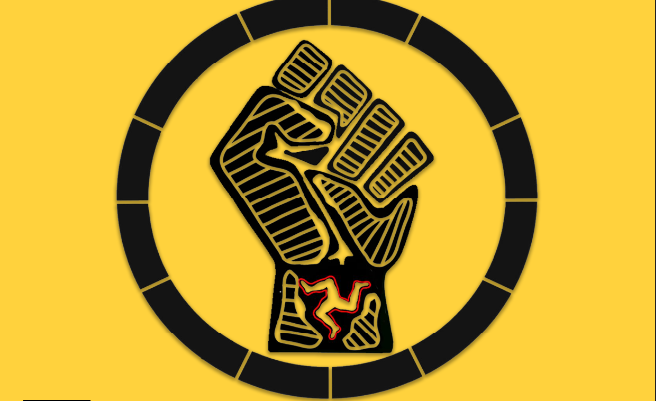 Manx National Heritage (MNH), the registered charity responsible for the care and promotion of the Isle of Man’s natural and cultural heritage has collaborated with Google Arts and Culture to share the story of the Black Lives Matter Protests in the Isle of Man.

The story focuses on rapid response collecting and the behind the scenes work of Manx National Heritage in saving, conserving and preserving protest banners gathered from participants attending the Black Lives Matter Protest 2020.

“On Tuesday 9th June 2020, the Isle of Man’s community stood up to stamp out racism. The sense of unity even though protesters were socially distanced will resonate for decades.

Now recorded and available to worldwide audiences via Google Arts and Culture, the protest story forms part of the wider ‘Black and British’ project which collaborates with partners across the British Isles to shed light on the Black history and celebrate the unique Black culture, creativity and achievements of today.

The banners, photographs and stories associated with the protest are an important part of our national memory. Holding these in our collections and sharing their story with worldwide audiences via Google Arts and Culture helps ensure the aims, passion, creativity and resourcefulness of the Island’s Black Lives Matters protesters are never forgotten”.

“We will be telling the story of the time our little island stood to make a difference in such a big world for a long time…We have to change and show people that it’s not ok to be ignorant to the racism that is happening here. As a community we can fight and show racists that it is they who are unwelcome in our home on the Isle of Man.”

Jole Faragher, aged 11 at the time of the Isle of Man Black Lives Matter Protest said: 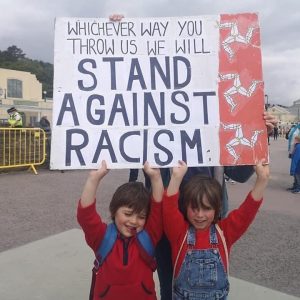 The Google Arts and Culture Black and British project aims to make Black History Month 2021 personal and unique to individuals, families and communities, focusing on how we’re all making history in our own ways, as well as marking the contributions and achievements of Black people throughout history.

Now in its 34th year, Black History Month has a renewed focus on black British resistance to racism – inspired in part by last summer’s Black Lives Matter protests – and celebrates key figures who have made substantial contributions to the country.

To find out more about the Island’s Black Lives Matter Protests, visit Manx National Heritage on Google Arts and Culture, where both this and further stories are also available including ‘Manx Maritime Connections to Slavery’ as told through a museum object and archive; ‘Captain Crow and Colonel Wilks’, two Manxmen involved in the slave trade; and ‘James Brown (1815-1881); reformer, journalist and founder of the Isle of Man Times who was almost certainly descended from a former slave. 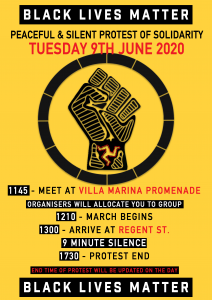