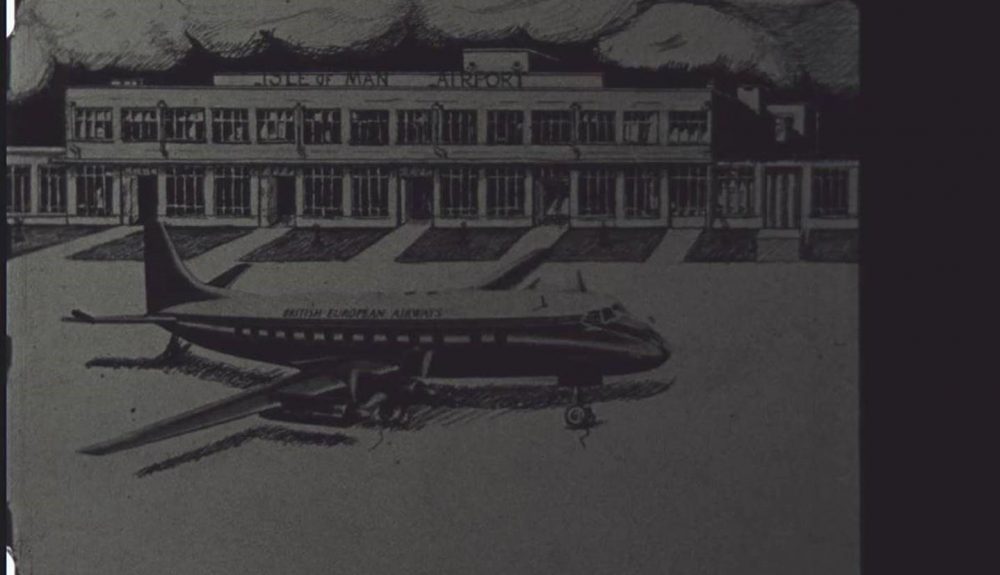 The footage captures the redevelopment and expansion of Ronaldsway Airport, which was first used as an airfield in 1928, with passenger services to the UK starting in 1933, operated by Blackpool and West Coast Air Services.

The airfield came under Royal Air Force control at the outbreak of the Second World War. It reverted to solely civilian flying almost immediately after the war, but the airfield remained in Admiralty possession until sold to Isle of Man Government for £200,000 in 1948, far short of the £1 million that the UK Government had spent on constructing the airport buildings and runways.

Footage includes the Ronaldsway air traffic control tower, the day-to-day operations in the tower, including flight paths, assessment of weather conditions with a balloon, construction of the runway and airport passenger figures including a graph of “Yearly Passenger Returns” from 1947 to 1957 which saw passenger figures increasing from 65,900 to 246,349, with a slight dip in 1951.

The footage is the second in a series of films which can now be found on www.imuseum.im by clicking on the “Isle of Man on Film” image on the homepage. Tickets to the lunchtime screening on the iMuseum big screen are free to book at https://manxnationalheritage.im/whats-on.