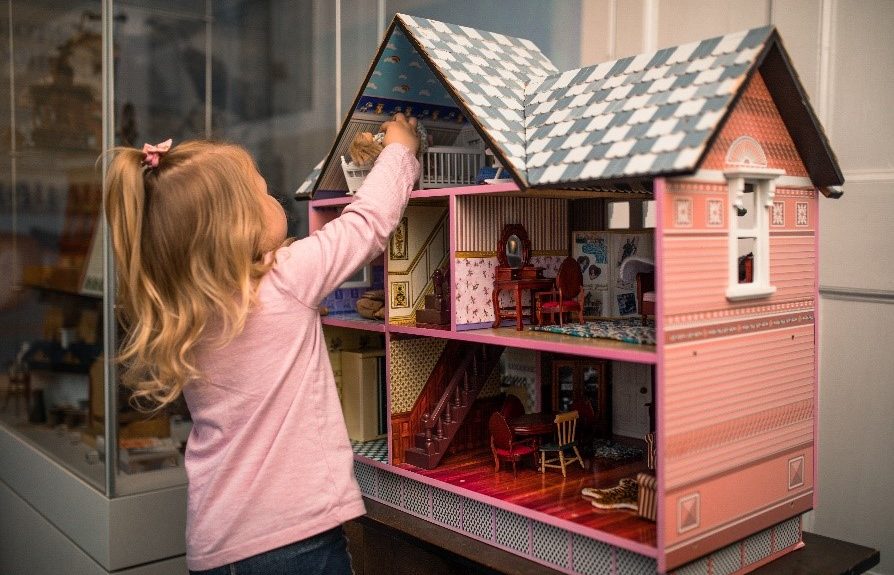 The Grove Museum in Ramsey is set to offer a fascinating insight into ‘Magical Worlds in Miniature’, in a five day display featuring 20 unique doll houses, selected from a private collection owed by Ramsey’s ‘Doll House Doctor’.

From Victorian townhouses to country cottages, the wealth of detail and outstanding level of craftsmanship involved in the creation of each miniature home is sure to delight visitors of all ages.

Originating in early 16th century Northern Europe, doll houses, or ‘cabinet houses’, were not originally intended for play, but rather as a display of education and wealth. They told a powerful story of taste, class and social values, exhibited on the shrunken stage of a domestic home.  Later they existed as tools for instruction with the purpose of teaching a young girl how to run a household, often taught by their mother.

Girls learned the contents of the house, recreated domestic situations, practiced giving orders to cooks and servant dolls, and learned the importance of being the lady of the household.  Upstairs-downstairs separation was crucial: these miniature worlds weren’t just children’s playthings, or objects for the diversion of visiting ladies: they were a way of illustrating domestic life in a now bygone era.

Doll houses intended for children to play with were introduced in the 19th century, although it wasn’t until the 1930s that they began to be mass-produced for mainstream use by children.

‘Magical Worlds in Miniature’ at The Grove features this new generation of British dollhouses, handmade as toys by companies such as Lines Brothers Limited under the Tri-ang trademark.   Lines Brothers in particular were well known for their large range of doll houses, all of which reflected popular taste in domestic architecture and interiors. In contrast, the Grove doll houses were Victorian pieces, existing as toys with an instructional purpose.

‘Magical Worlds in Miniature’ will be on display at the Grove Museum in Ramsey from Saturday 20 August to Wednesday 24 August 2022 from 11am to 3pm.  Standard admission charges apply, including free entry to children and dolls! Donations welcome to Manx National Heritage, Isle of Man registered charity no. 603.

Image caption: Magical Worlds in Miniature be on display at the Grove Museum in Ramsey from Saturday 20 August to Wednesday 24 August 2022