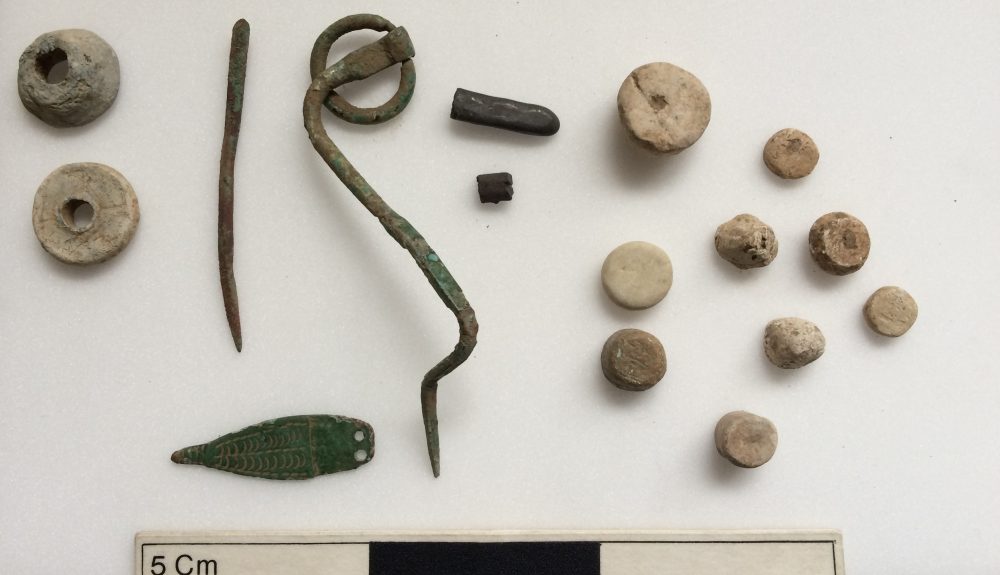 Manx National Heritage is pleased to announce the opening of ‘Lost and Found Metal Detecting Discoveries on Man’, a new display at the Manx Museum featuring the wide variety of items that have been discovered on the Isle of Man through the hobby of metal detecting.

Curated in partnership with the Manx Detectorists Society, the display introduces some of the fascinating artefacts which have been discovered on the Island and the dedicated people who found them.

Amongst the finds on display include a collection of 2000 year old brooches, a collection of Viking Age artefacts from two previously unrecorded trading sites and a collectors ‘Treasure Chest’.  Later in the year, Viking Treasures (of which more Viking Age silver has been discovered on the Island per square kilometre than northern England, Ireland, Scotland and Wales) will be added.

From small metal items, buttons, buckles coins and decorative pieces of metalwork spanning thousands of years, metal detectorists discover some extraordinary items on the Isle of Man.  Manx National Heritage assess these discoveries, a selection of which are now on display at the Manx Museum in ‘Lost and Found’.

“Manx National Heritage are pleased to be working with the Manx Detectorists Society on this fascinating display which gives just a hint at the variety of objects discovered on the Isle of Man.  The display includes artefacts held in private collections and artefacts donated to the National Collections.  It might come as a surprise for people to see just what gets lost and at some point, found!”

Over the past 15 years, metal detectorists have reported over 800 finds from the Island.  Some of have hit the headlines, many have been donated to the National Collections at the Manx Museum and each one contributes to our understanding of the Isle of Man’s past.

Open until July 2023, ‘Lost and Found Metal Detecting Discoveries on Man’ is on display in the Cabinet of Curiosity at the Manx Museum.  Admission is free.

When finds of archaeological artefacts are made on the Isle of Man there is a legal requirement to report them to Manx National Heritage.  If the artefacts fall under the categories in the Treasure Act 2017, the find will also be reported to the Coroner of Inquests who decides whether or not an artefact is “Treasure”.  Further information is available here: https://legislation.gov.im/cms/images/LEGISLATION/PRINCIPAL/2017/2017-0002/TreasureAct2017_1.pdf

Viking Brooches on Display in Lost and Found