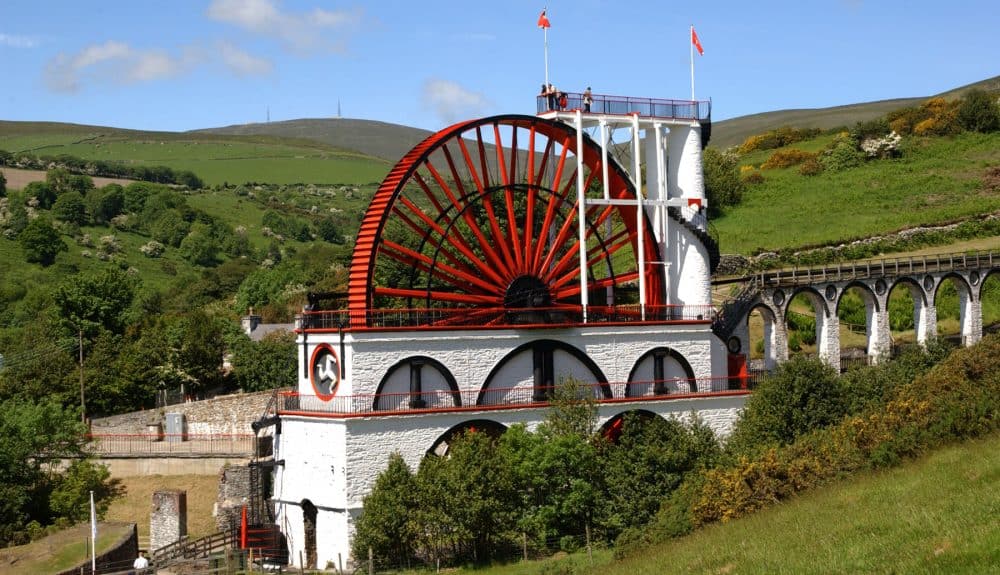 The Isle of Man’s most iconic historic monument, The Great Laxey Wheel, has temporarily stopped turning after suffering a failure of one of the rods connecting the wheel with the T-rocker earlier this week.  The damage is a result of age and weathering of timbers in the rod duct.

The rotational power generated by the movement of the wheel drove the rod, which is connected to a T-rocker at the top of the mine’s Engine shaft. The T-rocker changes the horizontal movement of the rod to the vertical movement of the pump rod in the mine shaft.  This transfer of force is what made the Laxey Wheel so effective in pumping the water from the shaft.

“Engineers will now undertake a detailed assessment of the work required to undertake repairs, which we already know will be a complex and financially demanding task.    Initial indications are that sourcing and shaping replacement timber will be relatively straightforward, but this will be complicated by replacing large sections of timber and metal framework on the rod duct, which are exceptionally difficult to access”.

Designed by the Victorian engineer, Robert Casement, the wheel was completed in 1854 to pump water from the depths of the Laxey mines using water from Glen Mooar to power the wheel. The impressive 22m (72.5 feet) diameter structure found immediate popularity and has remained one of the Island’s most iconic and dramatic attractions for over 150 years.

The repair comes in advance of plans to develop new visitor facilities at the Laxey Wheel, one of the Isle of Man’s most popular visitor attractions.

The site remains open to the public from Saturday to Wednesday, 10am to 4pm