KEVIN ATHERTON ‘THE WORKS’ EXHIBITION AT THE MANX MUSEUM 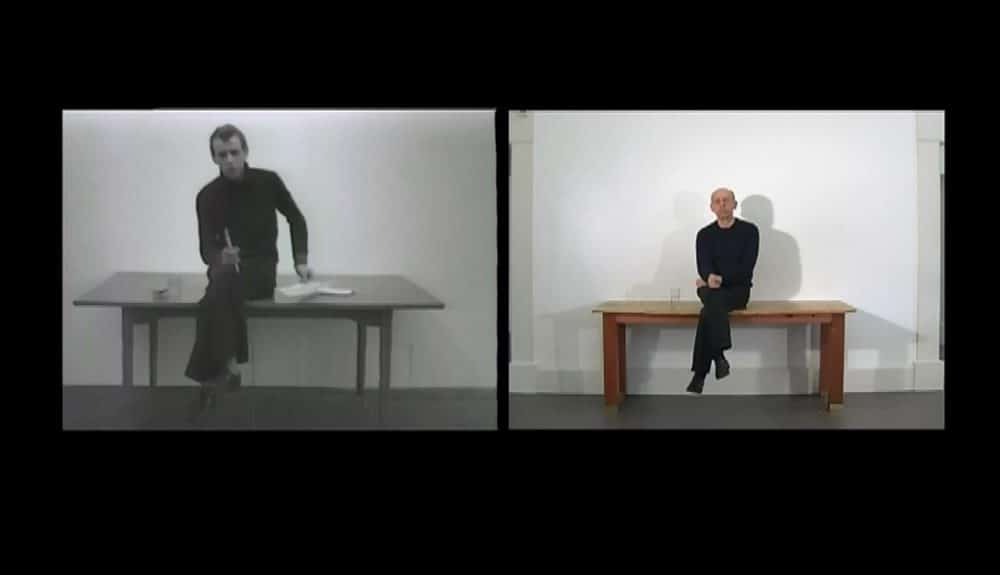 The work of internationally renowned, Manx born Artist, Kevin Atherton has returned to the Isle of Man in a retrospective exhibition, now open at the Manx Museum.

Organised in conjunction with the artist, to mark Kevin Atherton’s 50 year artistic career, ‘The Works’ covers six decades of creativity and pioneering work in film, video, performance art and public sculpture.  The exhibition brings together Kevin Atherton’s significant work into a building he has been familiar with since childhood.

“There were two places that saved me when I was a kid growing up in the Isle of Man, one was the Manx Museum that showed me where I came from and the other was the public library in Ridgeway Street which showed me who I could become. I regularly visited both buildings after school and remember engaging with fiction in one and art in the other.”

“Kevin Atherton and the Manx Museum have an enduring relationship: from being a place of cultural sanctuary and creative inspiration in his early days while attending Douglas School of Art, to hosting his first solo exhibition on Manx soil in 2001”.

Born in the Isle of Man in 1950 and educated at the Douglas School of Art from 1968 to 1969, and at the Fine Art Department of Leeds Polytechnic from 1969 to 1972, Kevin Atherton later completed a PhD in the Visual Culture Faculty at the National College of Art and Design in Dublin.

Before moving to Ireland, Kevin Atherton lived and worked in London for twenty-five years teaching part-time at The Slade School of Fine Art (UCL), the Royal College of Art and Middlesex Polytechnic.

His artwork Platforms Piece, comprising three bronze sculptures of commuters on the platforms of Brixton Railway Station, was given listed status by Historic England. It was commissioned by British Rail in 1986, and two of the figures are believed to be the first public sculptural representations of black British people in the UK.

“Manx National Heritage is grateful to the Museo internationale delle Marionette Antonio Pasqualino for agreeing to loan two Kevin Atherton puppets made as part of a collaboration with Kevin and which feature in his work Two Puppets in Search of an Artist. Curating and installing an exhibition, with Martyn Cain from IOM Arts Council, over a period that has included three lockdowns and restrictions on travel has been a challenge. Unfortunately Kevin himself has only been able to experience the finished installation by the wonders of Zoom, but he is delighted with the result”.

The exhibition is on display until mid-June at the Manx Museum, open daily from 9.30am to 4.30pm. An exhibition catalogue is available, kindly supported by the Isle of Man Arts Council, containing over 50 images from Atherton’s works alongside the artist’s biography and interviews, tracking his incredible exhibitions and works.

In Two Minds 1978 – ‘In Two Minds’ had a number of iterations since its genesis in 1978 when the artist was 27. The concept is of the artist having a spirited conversation with himself by way of video installation – a pioneering use of the medium at that time.