News›Uncategorized›“July 1916” at The Bunscoill on Tynwald Day 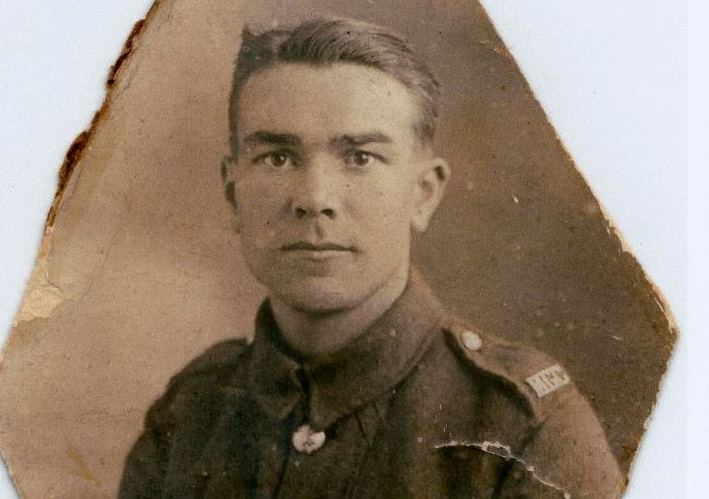 Manx National Heritage as part of the 100th anniversary commemoration of the Battle of the Somme will be at The Bunscoill on Tynwald Day with stories and artefacts of the First World War, in particular the events of July 1916 both on and off the Island.

For all of Tynwald Day Katie King and Jude Dicken will be at The Bunscoill to tell and hear visitors’ stories of those who lived through July 1916.  Using First World War handling collections as well as photographs and newspapers from the time on iMuseum (www.imuseum.im), the event will reveal the stories of the Manx who either fought in battle or lived on the home front.

Every half-hour visitors will hear the story of a Manxman involved at the Somme and be able to perform their own act of remembrance by leaving a message on the ‘We Remember’ panel.  There will also be stories told about the events at home, such as the 1916 Tynwald Day protest, the economic hardships faced by the Manx and the anger caused by the forced introduction of the Military Service Act.  Signed-copies of Matthew Richardson’s book This Terrible Ordeal (£10) will also be on sale on the day.

Visit The Bunscoill from 10am to 4pm on Tynwald Day to remember and learn more about the Somme and the Tynwald Day Protest in this special 100th anniversary year.

1 July 2016 marks the 100th anniversary of the outbreak of the Battle of the Somme. The 1916 ‘big push’, now called the Battle of the Somme, was an audacious plan by the allied forces to smash through enemy lines and provide a decisive victory. On 1 July 1916 nearly 20,000 British soldiers were killed and 60,000 injured.  By the end of the campaign in November 1916 the British had suffered over 400,000 casualties and had gained 6 miles of territory. To this day this remains the highest casualty figure of any battle.

It is hard to get an accurate figure of Manx involvement in the conflict, especially as Manxmen were able to join any military regiment and thus it is not easy to trace where our men were fighting. Recent research estimates that approximately 1,000 Manxmen were at the Battle. We know that at least 120 Manxmen were killed at the Somme and many hundreds more were wounded or captured.

Manx National Heritage Library and Archives holds letters from Manxmen who were involved in the Battle. One of the most poignant was written on 28 June 1916 by Second Lieutenant Ashley Watterson McGain, a 23-year-old from Port Erin:

“I am writing these few lines to you in rather unusual circumstances.  Within the next day or so it is possible – indeed probable – that I shall die while attacking the Germans. If I do, then know that I have died happy, having done my duty. Grieve not for me Mother mine, but rather rejoice that you were able to give a son for our noble cause. I shall do my duty – never fear … I am glad now that I live in these present times so that I am and have been able to take part in this, the greatest … of all wars.”

Ashley was killed in action on the first day of the Battle as he led his men ‘over the top’. His letter outlines his belief in the justice of Britain’s cause in the war, and his determination to do his duty.

“What surprised me when we went ‘over the top’ was the perfect order and coolness. I remember thinking how straight the lines were as we went across ‘No Man’s Land,’ and how the officers handed out cigarettes (they did not go ahead but amongst us) and stopped here and there to light up. Nearly everyone was smoking, and the three lines of men went walking across as if it were a ‘tea-fight’ they were going to. ‘Fritz’ let us get 300 yards before he said anything, then well, I’d rather not think about it”.

The situation on the Isle of Man in 1916 was tense. The war was still progressing very slowly and the economic hardships on the Island intensifying.  Matters became ever worse when the Military Service Act (Conscription) was introduced on the Isle of Man.

The war had resulted in the collapse of the tourist industry and mass employment. All calls for help from the Lieutenant Governor Lord Raglan were ignored and the Island had no social welfare benefits or poor relief.   Things go so severe that an extraordinary protest took place on Tynwald Day July 1916. An angry crowd of 2,000 men and women came to protest against Lord Raglan, who they claimed was a tyrant and a dictator. The crowds booed, jeered and demanded reforms – under the slogan ‘Raglan Must Go’. Placards and badges bearing this slogan were widely distributed.  Lord Raglan, apparently un-swayed by the hostile crowds, continued to walk along the rushes to Tynwald Hill. At this point he was ‘sodded’ by a clump of grass thrown from the crowd. This truly extraordinary incident was a measure of his deep unpopularity amongst ordinary people. The protestors sent a petition for Lord Raglan’s immediate removal to the King of England. None of this had any impact on Lord Raglan’s rule nor did it soften his stance on social welfare.

The leader of the protests and head of the War Rights Union, Samuel Norris, who was sent to gaol, recalled the day:

“Tynwald Day in 1916 dawned in all the glory of a mid- summer holiday…but in most other respects July 5th 1916, the ‘Manx Day of Independence’ was memorable for scenes and incidents which have probably had no parallel in the Island’s history.  From each of the three platforms large cards were displayed: WE WANT A NEW GOVERNOR; TAXATION OF WEALTH; NO FOOD TAXES; REVENUE FROM THE CAMPS FOR WAR DISTRESS; REDRESS, RETRENCHMENT AND REFORM!”

Curphey was awarded the Military Medal for bravery during the Battle of the Somme.  He survived the war, and afterwards became the attendant at the Manx Museum. (©Manx National Heritage, PG/7812/2).