ISLE OF MAN ON FILM NOW ON iMUSEUM 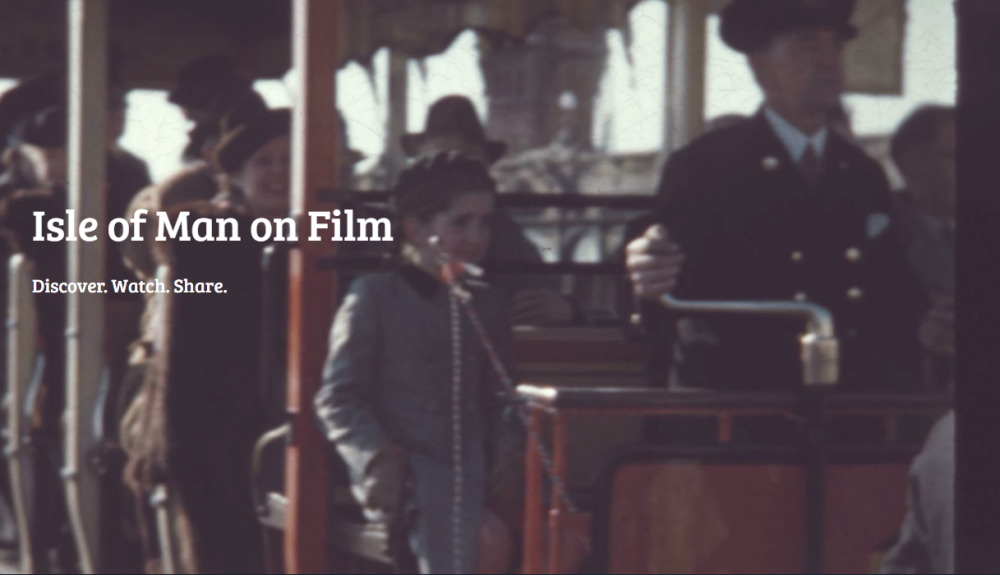 Do you enjoy watching film footage from the Isle of Man’s past? Then look no further than www.imuseum.im, where Manx National Heritage has today launched 22 short films of the Isle of Man.

Captured by amateur filmmaker J. Walter Royston, the film collection provides a rich and visually compelling record of life on the Island from the late 1920s through to the 50s, with the earliest footage featuring spectators watching the world famous Isle of Man TT races.

Other footage includes a rare insight into students working at the Douglas School of Art, school boxing matches on the Isle of Man in the 1940s and the visit of George VI and Queen Elizabeth in July 1945.  There’s also footage of guests from the Rotary Club of Great Britain and Ireland who visited in 1947 and stunning footage of the Island’s people, buildings, landscape and wildlife.

“The Royston collection is an exceptionally rare and historically significant visual record of the Isle of Man’s past, which we are delighted to make available to our audiences around the world.  It is the first in a series of audio visual materials set to launch on iMuseum, with the Royston Film Archive featuring 34 films, which are set to be released in 3 batches: ‘Sunny Days on The Isle of Man’ (released), ‘Making Ronaldsway, Let’s Fly Away!’ and ‘The Isle of Man and the Second World War’ ”.

The filmmaker, J. Walter Royston, was born in 1894. His father, Joseph Royston, was a dentist from the Isle of Man who owned ‘The Hermitage’ dental surgery in Douglas.  He followed in his father’s footsteps and went on to become a dentist himself, working predominantly in Rodney Street, Liverpool, returning to the Isle of Man to retire prior to the Second World War.  His collection extends to over three hours’ worth of moving images and includes a diverse range of material including public information films and amateur film. Royston was a prominent member of the Manx community, having been a founding member of the Royal Air Corps and on the Airports Board, among others. Due to his position in society, he had access to unique places and information, and as a result, his films show never before seen footage of Isle of Man in the early-to-mid-20th century.

“The films digitised as part of the project provide an extraordinary visual record of our Island on film, from urban architecture to rural landscapes, festivals to famous visitors, captured on a home movie camera.  This was one of the most exciting inventions of its time, giving ordinary people the ability to capture, store and replay the world around them.

One of our roles as a charity and as the Isle of Man’s national museum is to ensure these materials are preserved, protected and accessible for the benefit of current and future generations, with these newly digitised films joining over 1.5 million records now available on www.imuseum.im.

Following digitisation, our audiences around the world now have access to a new, rich and visually compelling record of Island life in film at the click of a button”.

The films are viewable from www.imuseum.im by clicking the new Isle of Man on Film panel at the top of the homepage and then selecting which film you want to watch.

In addition to publishing these films online, there is also an exciting chance for you to view the films at three, separate, free events which will be held throughout the rest of the year. The first event, ‘Sunny Days on the Isle of Man’, will provide you with background information on Royston and a fabulous chance to view Royston’s beautiful films on the big screen in iMuseum. This event is scheduled to take place at lunchtime on Wednesday 19 May at 12pm until 12:45pm. Event two, ‘Making Ronaldsway, Let’s Fly Away!’, is arranged to take place on Wednesday 21 July at 12pm until 12:45pm. The date for the third screening, ‘The Isle of Man and the Second World War’ is yet to be confirmed.

Tickets are free, and pre-booking for each screening is required, with tickets available from www.manxnationalheritage.im/whats-on.