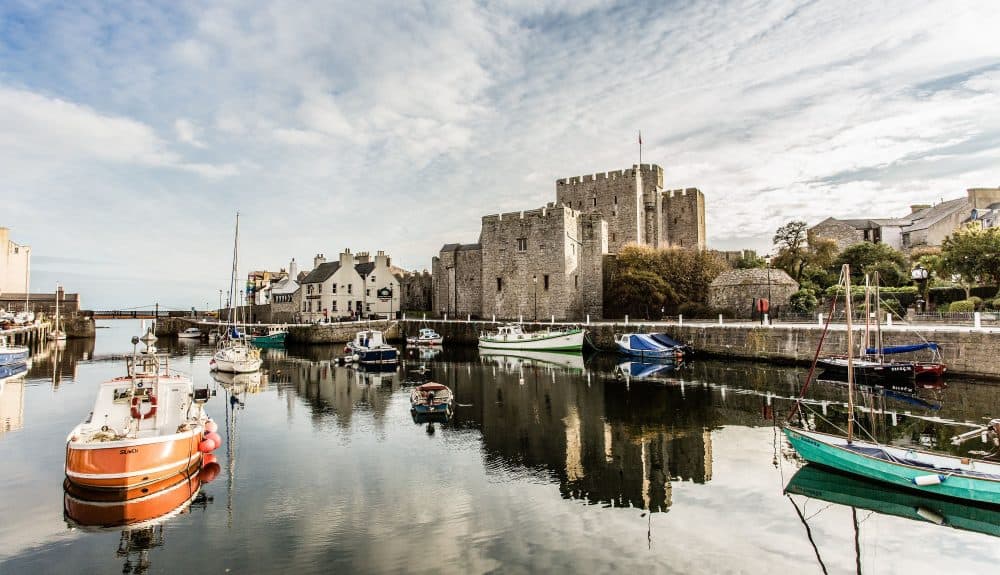 Manx National Heritage, the charity responsible for the care and promotion of the Isle of Man’s natural and cultural heritage, is pleased to provide an update on work to refurbish Castle Rushen Courtroom.  Works were initially delayed by the Covid lockdowns at the start of 2021 but are now almost complete.

Since its origins in the 1180s, Castle Rushen has undergone many changes.  Originally built for defensive purposes and the home of the Lord of Mann it was converted into a prison in the early 19th century. The prison was relocated in the 1890s and many of the adaptions associated with this period in its history, were removed by Armitage Rigby, an MHK and architect who worked on the restoration of the castle.

The courtroom as it exists now is a relatively modern space and has had numerous alterations including extensive repairs and modernisation in the 1970s.   The Isle of Man Courts of Justice used the courtroom up to 2013, when the facility was deemed unsuitable by modern court standards.  The courtroom was also used for the investiture of the Island’s Lieutenant Governor until 2011, after which the ceremony was moved to Douglas.  Adam Wood was the last Lieutenant Governor to be sworn in at Castle Rushen Courtroom, with the current Governor His Excellency Sir Richard Gozney sworn in at Douglas Courthouse.

Work has now commenced to upgrade the courtroom and bring it back into regular use as part of the public space in the Castle. This will also enable the return of the investiture to Castletown, the Island’s ancient capital.

The courtroom occupies the upper floor of Castle Rushen’s outer gatehouse, which was constructed during the later part of the fourteenth century.  It marks the culmination of the modernisation of Castle Rushen during that period, completing an entire outer wall encircling the keep, and creating a wholly new, and heavily defended, entrance and approach to the castle.

The gatehouse has been associated with law and order from an early date – in 1417 the early Manx statutes record that the heads of traitors were to be displayed on its battlements – and Tynwald court was held there.

The adjoining Derby House was begun during the late sixteenth century and was probably completed by James Stanley, the 7th Earl of Derby, in 1645.  As part of this a passage was formed through the massive gatehouse wall linking the upper floor with the new, second floor of Derby House.  This new upper level served as the earl’s private rooms until 1651 whilst he ruled the Island directly during the Civil War.  At this time the upper floor of the gatehouse was divided into three rooms.

The layout of the entire suite of rooms remained largely in this form until the 1830s, when the Castle ceased to be the governor’s official residence, and a few years later was remodelled to provide an improved courtroom, offices and archives for the Deemster’s, Clerk of the Rolls and the Water Bailiff.

The major effect of these works saw the room opened up to fill the space it currently occupies.  The interior was re-plastered and provided with a coved ceiling curving up to a rectangular central lantern which let in daylight from above.  A raised timber panelled dais on the north side of the room nearest the harbour housed the Deemster’s bench.

This arrangement survived until the 1970s when the entire courtroom layout was reversed, and the bench moved to the south side.  The coved ceiling, by then damaged by a leaking roof, was largely removed and hidden by a modern suspended ceiling at a lower height.

The works currently being undertaken by MNH involve the removal of the suspended ceiling and more closely recreating the height of the old courtroom.

“The intention is to restore something of the proportions of the courtroom as it was for over 130 years, and to complete the works in good time so that the room is available for the investiture of the next Lieutenant-Governor.

Our aim is for this space to be available to the public as part of our development of the visitor experience at Castle Rushen, eventually bringing Derby House into play and allowing us to expand the interpretation of the castle into new areas.  These works are part of our long term commitment to improve access to the Island’s cultural heritage.”

Modern fixed pew seating and the raised dais have been removed and preparation made for the later insertion of a platform lift to make the room fully accessible.  Repairs will also be undertaken to the walls, skirting and windows and new heating and lighting introduced.

The works are currently being undertaken by local contractor Caine Bros in conjunction with Horncastle Thomas architects.  On completion, the room will come into public use and will become available for weddings and private events. 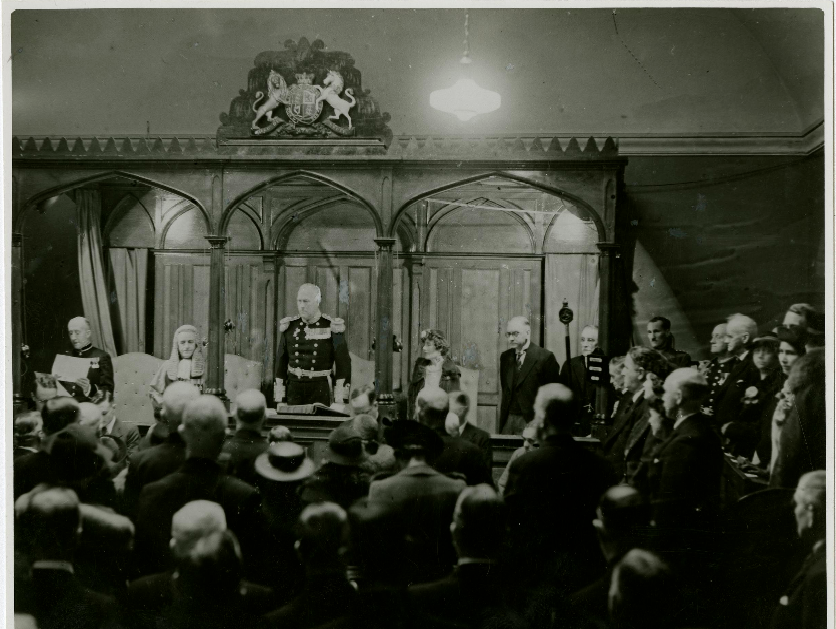 Vice-Admiral Sir William Leveson-Gower, being sworn in as the new Governor of the Isle of Man at Castle Rushen Courtroom on 2nd October 1937.