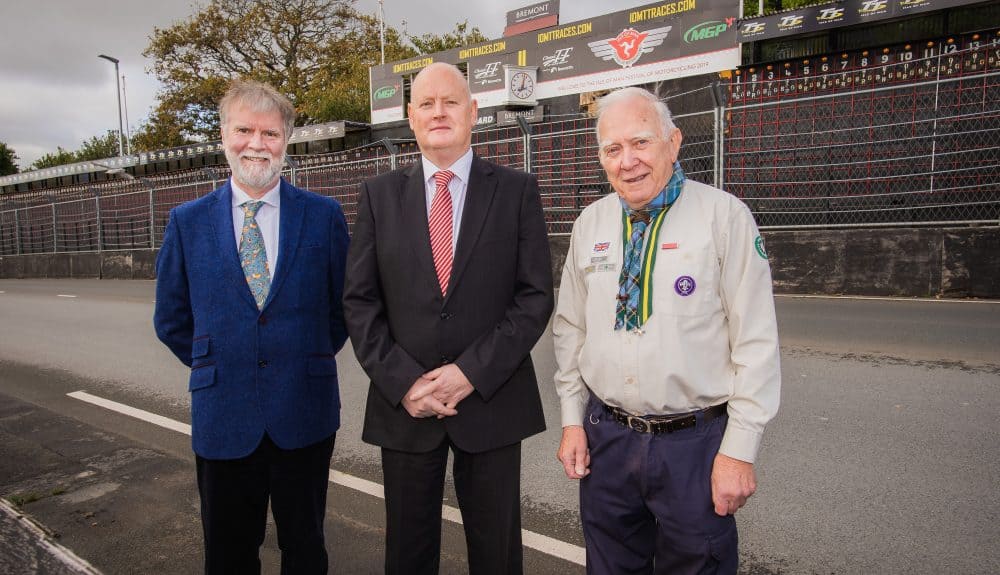 Manx National Heritage, the charity responsible for the care and promotion of the Isle of Man’s heritage, is delighted to have been given part of the famous TT scoreboard.

There have been several incarnations of the iconic scoreboard over successive decades which is also used for other events including the Manx Grand Prix and Classic TT, but it is believed that the sections to be salvaged incorporate some of the earliest parts, possibly from as early as the 1920s.

It is intended to incorporate a section of the scoreboard in the TT Gallery currently under development at the Manx Museum and due to open in 2022.  The new gallery at the Manx Museum will examine the impact of the TT and motorsport on the Isle of Man over its 113 year history.  As well as parts of the scoreboard it will showcase some of the most historic artefacts connected with the races, including the hip flask presented to Rem Fowler for the very first win in 1907, the trophy presented to Percy Evans for the earliest race on the Mountain Course in 1911, and the Yamaha ridden by Carl Fogarty in what is often regarded as the greatest ever race in 1992.

“We have been aware of plans to refurbish the scoreboard for a number of years, and liaised closely with colleagues at the Department for Enterprise to ensure that when the time eventually came, MNH was on hand to ensure the more historic pieces could be preserved.

The traditional scoreboard, with its clocks and hand painted numbers has long been an iconic part of the TT, and we are pleased to think that even though the event moves with the times and modernises its presentation, we can ensure that these aspects of its past are not lost or forgotten.”

“Manx National Heritage has a statutory duty to acquire records and other items relating to the heritage of the Island. This is a duty that brings with it great responsibilities as everything we acquire has to be maintained and held in trust by the charity for future generations.

It is not practical or affordable to preserve everything from the past and so we select only those items that have a great story to tell or have major significance to the Island. The TT scoreboard is truly one of those iconic items and it is absolutely right that the oldest and most important parts of it come to the Manx Museum.

MNH works closely with the Department of Enterprise on marketing and promoting the island’s rich TT heritage. MNH now holds and makes available the official database of TT races and riders and continues to develop its motorsport collections. MNH is delighted to preserve this part of TT history for the nation and the worldwide TT community. I am grateful to the Isle of Man Government for this strong partnership and this iconic gift.”

The TT Gallery is on schedule to open in 2022 at the Manx Museum in Douglas.