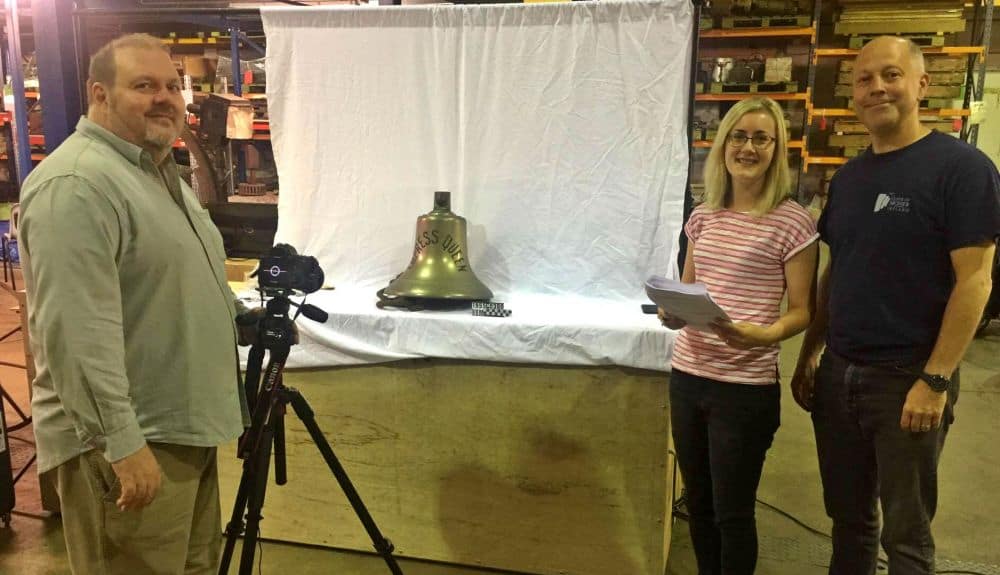 Manx National Heritage has paired up with MINIM-UK, a project that aims to provide a new online database of historic instruments that will allow the public to find out about 20,000 individual instruments held in more than 100 musical instrument collections in the UK and the Isle of Man. The project is led by the Royal College of Music, in a partnership with the Royal Academy of Music, the Horniman Museum and Gardens, and the University of Edinburgh.

Over 70 musical instruments from the Manx National Heritage’s archives have been photographed by Dr Matthew Hill from MINIM-UK using high-end digital photography to produce top-quality digital images. The instruments include a barrel organ known as the ‘Santon Seraphim’, which may well be the oldest surviving musical instrument from a Manx church; a bugle given to Captain James Bridson by a French soldier during the evacuation of Le Havre in 1940 and an electric guitar used by rock band ‘Twisted Angels’, part of the thriving Manx music scene in the early 2000s.

“Thanks to MINIM-UK we now know so much more about Manx National Heritage’s collection of musical instruments. We’ve uncovered instruments which were locally made on the Isle of Man, including two violins made by Alfred Moore, Manx violin maker from the late nineteenth to the early twentieth century. We also found a shepherd’s pitch pipe which appears to have been repurposed from another instrument, possibly a recorder. The names of the notes have been beautifully carved making it not just an instrument but a piece of folk history.”

MINIM-UK will launch online in October 2017 with part of the musical heritage of the Isle of Man taking its place on the website too. The musical instruments will also feature, along with a new catalogue describing each one, on iMuseum (http://www.imuseum.im/).

The project has received support from both the Higher Education Funding Council for England Catalyst fund, and the Google Cultural Institute, which works to digitally preserve ‘important cultural materials’ internationally.