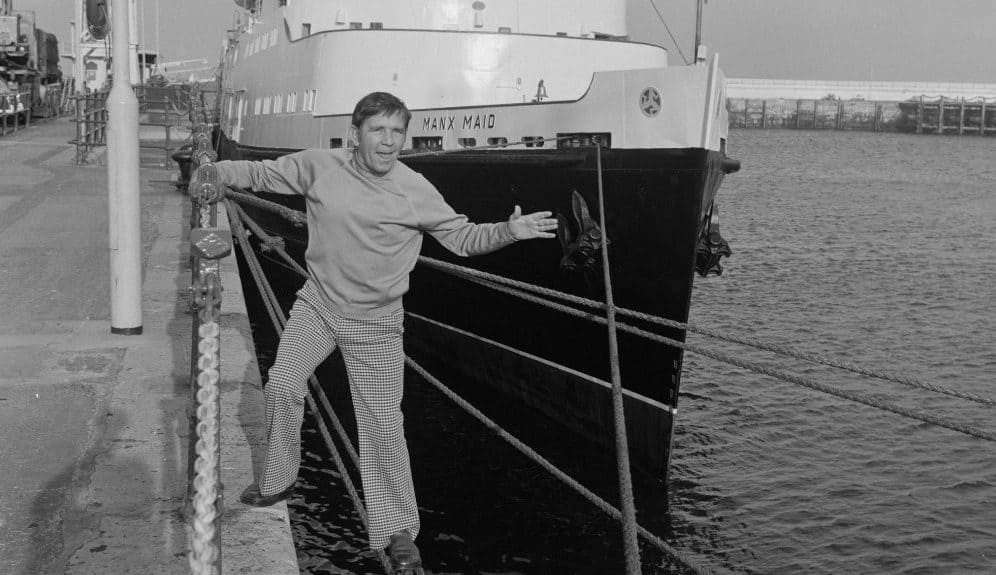 London born, Sir Norman Wisdom’s name is synonymous with flat caps and slapstick humour.  Spending his later years living in Andreas, Sir Norman was often spotted driving around the Island and was a treasured character amongst the local community.

In this unique exhibition, take a trip down memory lane with a look at Sir Norman’s private archive including musical instruments, handwritten scripts, original suits, photographs and stage props.

The exhibition has not previously been shown on the Isle of Man and has been curated by Sir Norman’s son, Nick Wisdom.

“It is with a great sense of excitement and pride that I find myself finally bringing my father’s exhibition over to the Isle of Man, his home for thirty years. It will have been a journey on two fronts, firstly the trip from Sussex to transport it here and then the fact that it has taken eight years to grow it to a size that now tells me that it has reached completion.

The exhibition has been well received wherever it has been on display, with people genuinely enjoying reminiscing about somebody who played a key part in their upbringing – the latest Norman Wisdom film was something not to be missed”.

Manx National Heritage will host ‘An Evening with Nick Wisdom’ to mark the opening of the exhibition, which will take place on 18 August at the House of Manannan at 7pm.

“My talk on 18 August will provide an insight into my father’s tough childhood years, which gave him an inner strength to succeed at all costs in a career that spanned over sixty years. The record-breaking London shows, plus his films for the Rank Organization in the 1950s and 60s, were part of the ‘Golden Years’ and each one has a story to tell. Some of them will be hard to believe!”

“It has been a pleasure to work with Sir Norman’s son, Nick, who has meticulously planned and curated this exhibition as a tribute to his father. The exhibition has been showcased in various locations around the UK and it is wonderful to see it come to the Isle of Man.”

“The Isle of Man Steam Packet Company is delighted to support Manx National Heritage in bringing this popular exhibition to the Isle of Man. Sir Norman was well known and loved on the Island and he was often seen out in the community taking a full part in Island life. We look forward to both local residents and visitors seeing this celebration of all Sir Norman achieved as a British actor and comedian.”