Digital Sketchbook Tours of the Isle of Man 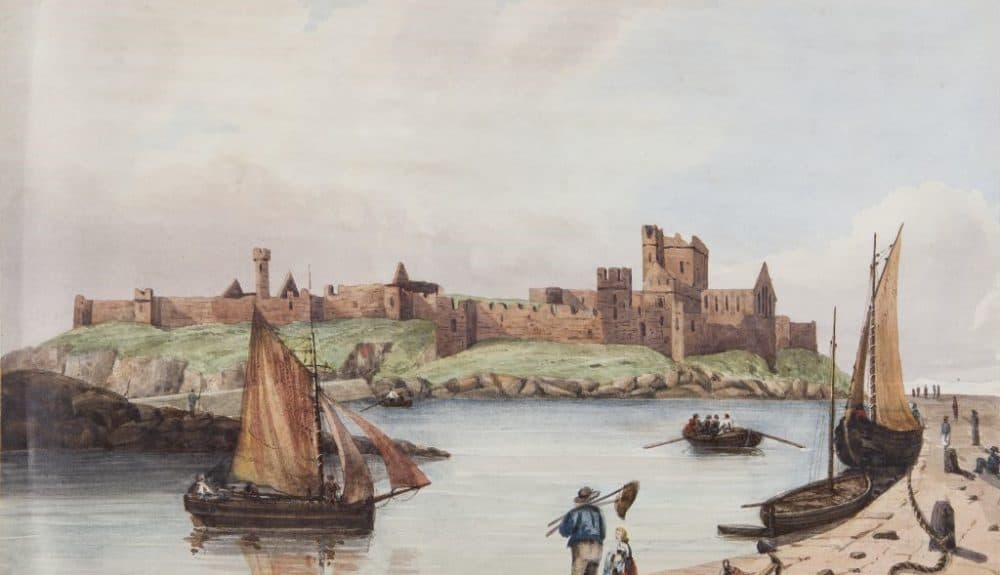 See the Isle of Man through the eyes of its earliest tourists with Manx National Heritage’s latest digital offer, Sketchbook Tours of the Isle of Man.

Over 500 watercolours and sketches, scanned at high-resolution, are now available to view on www.imuseum.im.  The artworks range from the late 17th to the early 20th century and include some of the oldest known pictures of the Isle of Man by Daniel King of Chester. Further artworks by explorers, artists and antiquarians include the Manx crosses and record buildings, historic sites, landscapes and monuments through the centuries.

“Many of the artworks were created by Romantic-era visitors to the Isle of Man. During the nineteenth century lots of illustrated travel journals were published, inspiring people to seek out scenic landscapes and new cultures. The Napoleonic Wars stopped tourists embarking on the ‘Grand Tour’ of Europe; instead people explored closer to home in a new era of domestic tourism. Curiosity led visitors to sketch and journal in every corner of the British Isles, including the Isle of Man.

Sketchbooks and journals provide an all-important record of how the Isle of Man was experienced from a visitor’s point of view. Early tourists relished the strange or exotic; they were equally as fascinated by local customs and communities as they were by the scenery and landmarks. Most tourists kept a record of their travels and would return home with armchair stories for friends and family.”

A selection of the sketches are accompanied by extracts from nineteenth century travel journals. These include anecdotes, observations and stories from a time of slow travel, when the Isle of Man was less known and before soaring in popularity as a destination.

All of the images are available to purchase from our online partners Magnolia Box: https://www.magnoliabox.com/collections/manx-national-heritage-prints/sketches