News›Uncategorised›Commemorating the 75th Anniversary of Victory in Europe Day

Commemorating the 75th Anniversary of Victory in Europe Day 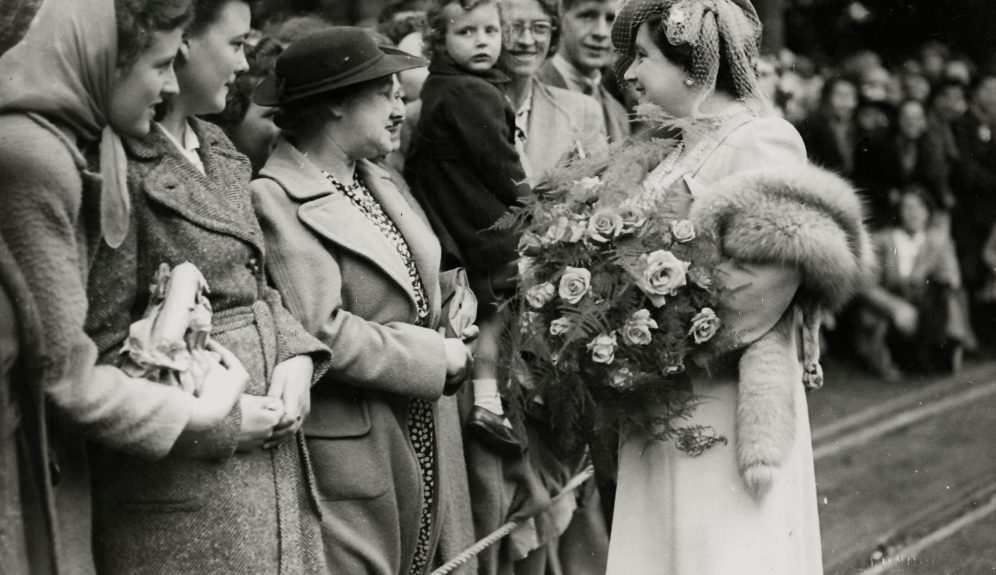 Culture Vannin, the Department of Education, Sport and Culture and Manx National Heritage have joined forces to encourage everyone on the Island to commemorate and celebrate the 75th Anniversary of Victory in Europe Day (VE Day) on Friday 8 May 2020.

To help the Island mark the occasion they have put together lots of online resources that will enable the community to discover more about how VE Day was celebrated, and the important role the Isle of Man played during the Second World War.

Due to the ongoing COVID-19 pandemic, a number of the Islands planned commemorative events have been cancelled or postponed.  Nevertheless, Culture Vannin, the Department of Education, Sport and Culture and Manx National Heritage hope that the Island can still commemorate the Anniversary.  They are encouraging families to have a ‘stay at home garden party’ on Friday 8 May with a 3pm national toast to raise a glass in memory of all those who served for their country then and now.

“Everyone has the chance to organise something really special to commemorate the 75th anniversary of VE Day.  It’s a unique chance to come together in peace and common friendship.   Although we can’t do that all in one place, we can definitely all celebrate from a safe distance! Our schools had planned to celebrate with wartime parties during the week of VE Day, but due to the current social distancing we are now encouraging everyone to celebrate at home, on their front lawn or driveway instead of their back garden (socially distanced, of course).  We have put together a VE Day Toolkit to help with your planning. We hope this toolkit will be a great resource for those home schooling as well.  Also, we would love to see all your photographs uploaded to your social media with the hashtag #IsleofManVEDay75.”

James Franklin from Culture Vannin explained more about their online resources to help people discover more about the Isle of Man and the Second World War:

“The war years made an enormous impact on the Isle of Man – internment camps, three airfields, top secret radar stations, gunnery and pilot schools, rationing in our homes and so much more.  This is a fascinating and important story which we are telling in a series of 20 or more short films. Along with oral history recordings of two people who were outside Buckingham Palace for VE Day itself, they allow us to better understand the extraordinary years leading up to this day 75 years ago.”

“We had planned a theatrical event with our Labyrinth History in Action players to mark the occasion, but as this is no longer possible we have converted the production into three radio plays which will be broadcast on Manx Radio over the bank holiday weekend.  Each play will focus on a different aspect of how VE Day was marked on the Isle of Man in 1945, using the Manx newspapers as source material. We are really grateful to Manx Radio for supporting our production.  In addition, we have collated all the Manx VE Day 1945 newspaper stories into one collection so everyone can easily read the stories for themselves.  This section, plus all the Manx newspapers (from 1792-1960) are all freely available on iMuseum.im for everyone to enjoy.”

The online resources from all three organisations will be available from Monday 4 May and different aspects of the VE Day celebrations will be promoted throughout the week via their social media channels – search #IsleofManVEDay75 to find out more.

Also getting involved with the collaboration is local food vlogger Grainne Joughin who will give some wartime rations recipe suggestions; Jo and Juan Callister who will be performing a wartime sing-a-long compilation; and Isle of Swing who will be offering online Swing Dance lessons in the comfort of your own home. 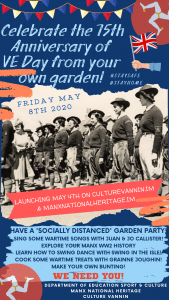