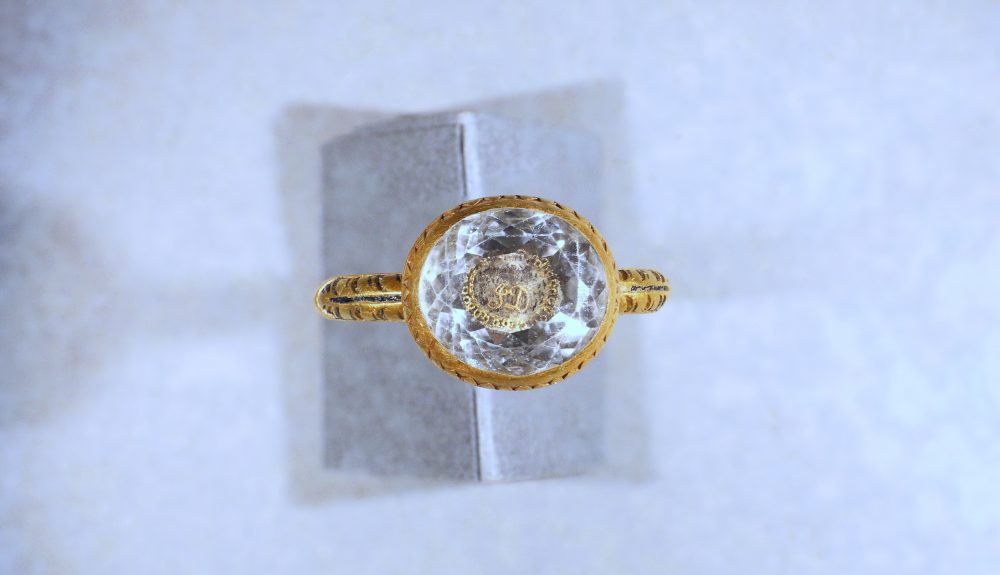 Discovered in December 2020 by metal detectorist Lee Morgan, the ring is 21.5mm in diameter, made from gold, with a crystal stone 12mm diameter, covering gold lettering of the initial capital letters  J (or I) and D.

Each shoulder of the ring is decorated with an engraving of a leaf inlaid with black enamel. It dates to the mid to late AD 1600s and is a Stuart-period mourning ring, sometimes distributed at funerals to commemorate the person who had died, usually including their initials.

“The ring is small and quite delicate in form, but of a high quality and intact. The quality suggests that it was made for, or on behalf of, an individual of high status. It is unlikely that we will be able to establish for certain who owned the ring or whom it commemorated, but there is a possibility that it may have been associated with the Stanley family, previously Lords of Man.

The initials JD may refer to James Stanley, 7th Earl of Derby and Lord of Man, a supporter of the Royalist cause in the Civil War. Letters and documents from the time show that he signed his named as J Derby, so the initials JD would be appropriate for him”. 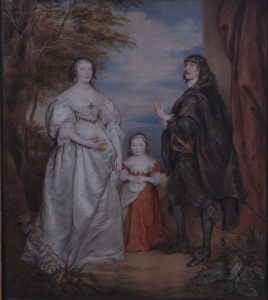 James Stanley was executed by the Parliamentarians in October 1651 and his wife Charlotte, Lady Derby, was keen to ensure his name was remembered.

“Public finds, such as those found by metal-detectorists, walkers and farmers make an immense contribution to our knowledge of the archaeology and history of the Isle of Man.   MNH would like to formally thank both the finder and the landowner for their assistance with this unique find”.

When finds of archaeological artefacts are made on the Island there is a legal requirement to report them to Manx National Heritage.  If the artefacts fall under the categories in the Treasure Act 2017 (which include being so closely connected with Manx history and national life that their loss would be a misfortune, and/or being of outstanding significance for the study of any branch of Manx art, learning or history), the find must also be reported to the Coroner of Inquests.  The Coroner decides whether or not an artefact is “Treasure”.  If the find is declared to be Treasure, a financial reward is usually paid to the finder and landowner.

The crystal and gold ring was discovered in the south of the Island, although the find location will remain a closely guarded secret to protect the integrity of the site.

The ring will go on display at the Manx Museum, prior to travelling off island for review by the Treasure Valuation Committee, an independent Committee which meets at the British Museum, providing advice on antiquities.