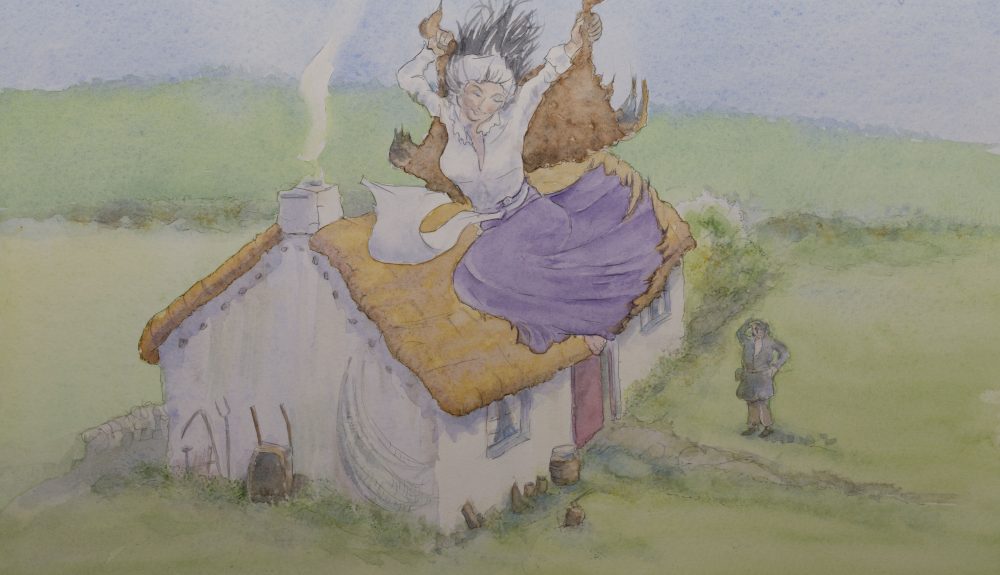 Events will start on Monday 24 October at the Grove Museum in Ramsey, where Manx National Heritage is hosting a ‘Turnips on Tour’ in the beautiful grounds of The Grove, where visitors can collect their very own ‘Turnip Kit’ which includes a locally grown turnip and craft activities – plus there will also be turnip drilling available on site and food served by ‘The Parish Pantry’!

‘Turnips on tour’ runs from Monday 24 October to Wednesday 26 October.  Tickets cost £8, including free admission for one accompanying adult per child’s ticket.  All paying ticketholders receive a ‘Turnip Kit’.  Session times are 11am to 12.30pm and 1pm to 2.30pm.

On Thursday 27 October and Friday 28 October, there will be the opportunity to ‘Turn-Up for Turnips’ at Cregneash Folk Village, when locally grown turnips will be available to collect in preparation for Hop tu Naa.  Admission to the village is free for children, annual pass holders and members, with turnips available for £2 each.  Standard entry costs £8 for adults. Turn up anytime from 11am to 3pm.

On Saturday 29 October and Sunday 30 October, Cregneash will be buzzing with lantern carving, cookery, customs, music and dancing for the annual Traditional Hop Tu Naa event.  Local produce will be available to purchase from Douglas Pizza Company and the Village Tea Rooms.

‘Jinny the Witch’ will be casting spells in the legendary Harry Kelly’s Cottage, with crafts and more, concluding with a lantern parade around the village. Session times are 10am to midday and 1pm to 3pm.  Admission costs £12 for children and £8 for adults. Infants aged 5 and under go free. All paying ticket holders receive a free turnip.

“Hop tu Naa is one of the oldest continuous traditions in the Isle of Mann, celebrated each year at the end of October with music, dance, crafts and storytelling. It’s the Manx equivalent of Halloween, celebrated with hollowed-out and decorated turnips, rather than a pumpkin.

Historically Hop tu Naa on the Isle of Man has been considered to be the Celtic New Year, marking the end of the summer and the beginning of winter. It was traditionally a time when Manx people would celebrate the fact that the harvest had been safely gathered in and all the preparations had been made for the long cold winter ahead”.

Traditionally boys would go from house to house singing the Hop tu Naa song and hope to be rewarded with apples, bonnag, herring and, if lucky, given some sweets and the odd penny as well. Girls would stay at home and try to discover who they were going to marry. They hoped that by eating a salted herring or a soddag valloo (dumb cake) of flour, salt, eggs (shells and all!) and soot, they would dream of their future husband. Not all of these traditions have survived but many children still go out with a carved turnip lantern singing Jinny the Witch around the streets.

It is thought that Jinny’s real name was Joney Lowney, who was once tried for witchcraft in the early 18th Century for using magic to shut down Ballaughton Corn Mill.  Fortunately for her, the Isle of Man authorities did not have the same appetite for punishing witches as was seen in 18th Century Scotland and America.  Jinny was sentenced to 14 days imprisonment, fined £3 and made to stand at the market cross dressed in sack cloth.  The trial caused a great stir on the Island at the time, which resulted in popular rhymes about the famous Joney Lowney or Jinny the Witch as she became known.

To find out more and purchase your Hop tu Naa event tickets for the Grove and Cregneash, visit www.manxnationalheritage.im.