‘Cabinet of Queeriosity’ Opening at the Manx Museum 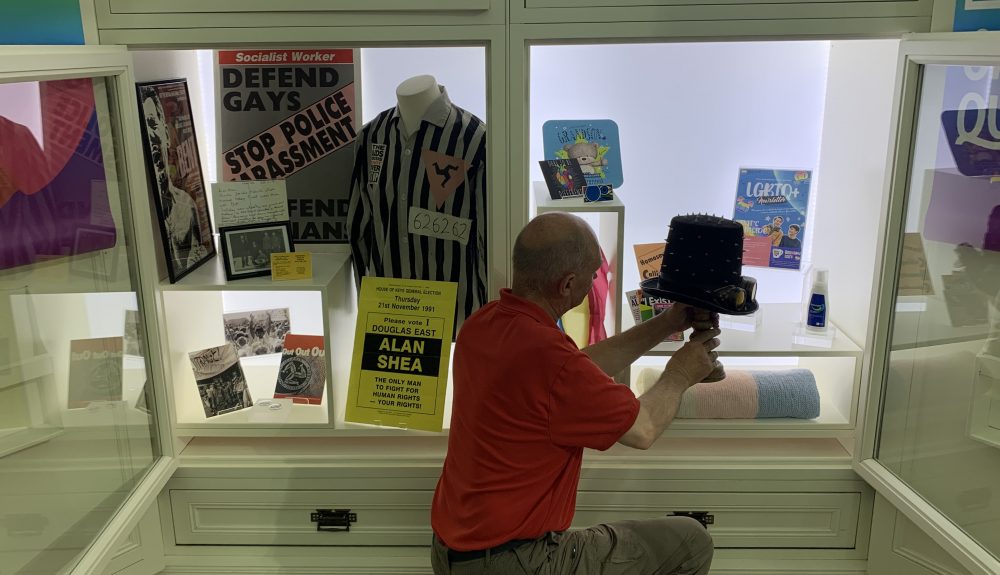 Manx National Heritage is delighted to announce the opening of the Cabinet of Queeriosity, a new temporary exhibition at the Manx Museum, opening on Saturday 25 June 2022.

Co-curated by Manx National Heritage and Kensington Arts, and supported by Isle of Pride, this unique new exhibition showcases the positive transformations hard won on the Isle of Man’s community in the 1990’s, alongside the experiences, history and heritage of the Island’s LGBTQIA+ people through personal collections, records and voices, which were once not commonly shared or heard.

“Manx National Heritage is incredibly proud to showcase the ‘Cabinet of Queeriosity’, an exhibition as exciting as the people, stories and ideas it explores and celebrates.  We have been overwhelmed by the generosity of the Island’s Queer community in sharing their story and we are extremely grateful to all those who have contributed to celebrate the accomplishments of our community and the culture they were born into, have chosen or seek to understand”.

“This exhibition is a fantastic opportunity for the Manx public to connect with the stories of our queer community. The last 30 years have seen great changes for the rights and recognition of LGBT+ people, but there is still a long way to go.  Awareness and discussion of these topics is vital for us to move forward as an island that is a safe place for everyone. Currently, the discourse around the rights of transgender people is a real concern – the fight is clearly not over”.

Over 30 objects are featured in the exhibition including the outfit worn as a political protest on Tynwald Day 1991 worn by Isle of Man gay rights campaigner Alan Shea, who exercised his democratic right to present a petition of grievance to the Island’s Parliament, Tynwald. His petition eventually resulted in the decriminalisation of homosexuality on the Isle of Man.

In contrast to Alan’s protest outfit, the exhibition showcases the fun, glitz and glamour of Vida La Fierce, the Manx drag queen persona of Gareth Leece, who is credited with inspiring many more drag queens and drag kings on the Isle of Man.

Followers of the Netflix series based on Alice Oseman’s bestselling graphic novel, ‘Heartstopper’ have the opportunity to see the ‘Truham Grammar’ school notebook for the character ‘Charlie Spring’, kindly loaned by Joe Locke, a talented young actor from the Isle of Man.

All those who loved Manx all-girl rock and punk band ‘Twisted Angels’ have the opportunity to see the silver-painted guitar, played by rhythm guitarist Ami Fargher and a steam-punk statement prop hat loaned by Kai Varetto, used in his performance as ‘Vincent Finery’ the Isle of Man’s first ‘Drag King’.   Through spoken word, poetry and comedy Kai provides insights to educate and inspire curiosity into the ‘non-binary’*:

But I am not you,

Not quite blue and tough,

Not quite pink and dressed in fluff,

Extract from Finery by Kai Varetto, performed as Vincent Finery.

“The Cabinet of Queeriosity was the brainchild of former Isle of Pride Director Zoe Bennett recognising the importance of accessible representation and Manx National Heritage seemed the perfect delivery partner. To take the many facets of queer culture in Manx history and curate them into a visually interactive exhibition has been a labour of love for all of the teams involved. There is so much local queer history, that will bring a range of emotions, and we hope many of our Manx residents come down and open the Cabinet’s door”.

The ‘Cabinet of Queeriosity’ exhibition is free to visit at the Manx Museum in Douglas, and open from 9.30am to 4.30pm daily from Saturday 25 June until Sunday 4 September.  Donations to Manx National Heritage, Isle of Man registered charity no. 603 are welcomed. 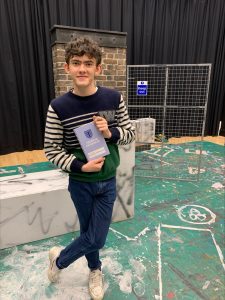 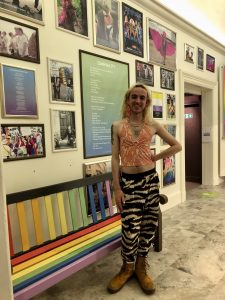 *Non-binary – An umbrella term for people whose gender identity doesn’t sit comfortably with ‘man’ or ‘woman’. Non-binary identities are varied and can include people who identify with some aspects of binary identities, while others reject them entirely.