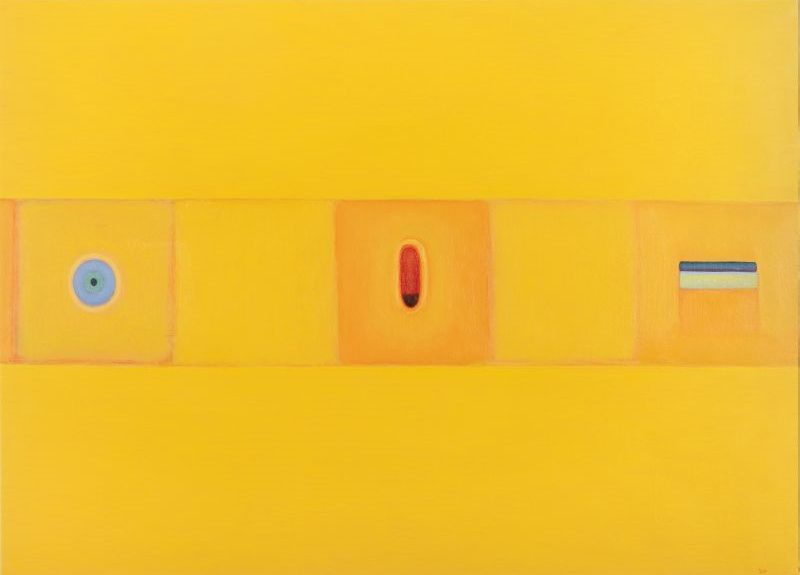 Manx National Heritage is delighted to announce the opening of ‘Paintings’, a bold and captivating retrospective exhibition on display at the House of Manannan, featuring the work of artist and lecturer, the late David Fletcher.

Born in Liverpool in 1948, David Fletcher studied at the Liverpool College of Art and the Royal College of Art. Among his tutors were Peter Blake, famed for creating the Sergeant Pepper album cover for The Beatles, Carel Weight and oriental art specialist Philip Rawson.  He moved to the Isle of Man in 1975 and lived in Laxey with his wife, fellow artist Eileen Schaer and his children.

When David moved to the Isle of Man, there was no inkling the Island would be ‘home’ for the rest of his life.  In one sense it was a homecoming: although not aware of it at the time, he discovered his great grandfather was a Manxman, a Taggart from Malew.

David became the course leader for Art and Design at the Isle of Man College in 1977, working alongside Norman Sayle to encourage and teach young artists.  In the early 1980s he became a founding member of Arts in Mann and is credited with the initial idea behind a travelling gallery bus which toured the Island’s towns and festivals for a number of years. He served on the Isle of Man Arts Council and was a Trustee of Manx National Heritage, becoming responsible for a number of projects.

“Manx National Heritage first exhibited David’s work at the Manx Museum in 1990 with his show ‘Internal Landscapes’ and we are delighted to now be revisiting his work with ‘Paintings’.  His work is represented in the Manx National Art Collection by three of his works: ‘The Old Chapel’, ‘Man with Worm’ and ‘Sycamore’, executed from early 1980s to 2006. A small number of works in this exhibition are on loan from private collections and one of the paintings ‘The Evocation of Isadora Duncan’ has been loaned from the IOM Arts Council Loan Collection, which David initiated”.

The achievement he was most proud of was the Arts Council Loan Collection, which was initiated at his prompting in 1993.  He was its curator and, together with his wife, he toured the UK and further afield to purchase prints, paintings and photographs.

Buying the work for educational purposes helped David and Eileen negotiate good prices with galleries as they acquired work by artists such as Anthony Gormley, Damien Hirst, Picasso, Joseph Albers, Elizabeth Frink and David Hockney, as well as Manx artists Bryan Kneale, Michael Sandle and Chris Killip.  The Collection comprises more than 300 works, which are divided into small groups and loaned to schools, libraries, hospitals, prison and public buildings.

David Fletcher had considerable recognition as an artist in his own right and many of his paintings are displayed in public and private collections.  His early paintings are figurative and narrative in form and were influenced by the contemporary pop culture around him.  He exhibited twice in the National Portrait Gallery Awards, becoming a prize winner in 1983.  A large figurative work, ‘Man Resting Without Prejudice’ was accepted for the John Moores Exhibition and subsequently purchased by Sir John Moore himself.  Solo exhibitions of his work were held at the Isle of Man College, Courtyard Gallery and at the Manx Museum.

Friend and fellow artist Normal Sayle once said that David’s approach to his art was:

“….absolutely uncompromising.  He will not be diverted from his vision by considerations of popularity, accessibility, status or commercial gain.  This vision is intensely personal and idiosyncratic. I can’t readily think of any label which could describe David Fletcher’s work.  The nearest I can manage is psychological and mystical.  It is an exceptionally complicated creative process”.

David Fletcher ‘Paintings’ is on display at the House of Manannan in Peel until 26 February 2023. The bold and captivating exhibition is a treat for art lovers and David’s many friends.  Admission is free and some paintings are available to purchase at the House of Manannan and online at https://manxnationalheritage.im/shop/product-category/david-fletcher-paintings/. 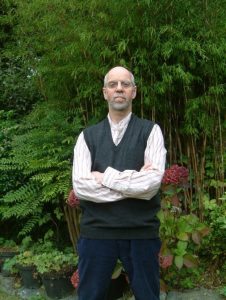